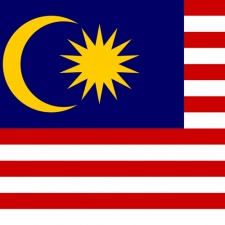 Malaysia has a population of 32 million and more than 34 per cent of them are mobile gamers, with the second highest ARPPU in the region behind Singapore.

This is primarily driven by higher spending in increasingly popular MOBA and shooter games.

The most popular game (based on data from the App Store and Google Play) in Malaysia is Mobile Legends: Bang Bang, developed by Moonton games, a Chinese developer.

The game was the top grossing title across the App Store and Google Play for the month of March. It was the second most downloaded title in March 2018.

Mobile Legends is a 5v5 MOBA game that is heavily inspired by games such as League of Legends. The game first launched in Malaysia back in July 2016 and has been rising in popularity since then.

Moonton has provided gamers with timely updates, gameplay innovations and a large marketing campaign that has contributed to the success.

Another contributing factor for success is Moonton’s investment in esports across Southeast Asia. In November 2017 the company announced that it would hold the first ever Mobile Legends Professional League (MPL) for gamers in Malaysia and Singapore.

The league would have eight teams compete for a total prize pool of $100,000. The finals took place in March 2018 and Moonton has already confirmed that a season two is in the works.

Whilst Arena of Valor was initially popular, the game has struggled in 2018 and is no longer at the top of the charts if we measure usage solely based on data from the App Store and Google Play.

We know that gamers download Garena titles directly from the Garena app store too though, so the App Store and Google Play do not tell the whole story for Garena titles (and the direct downloads may be significant, but Garena does not report them).

That being said, Mobile Legends generated revenue that was nearly four times as much as Slotomania that was second on the charts, showing just how big Mobile Legends is in Malaysia at the moment.

The hottest genre in gaming right now is battle royale. Games publishers have identified a strong opportunity in the mobile space for battle royale games. Playerunknown's Battlegrounds was the most popular PC battle royale game in 2017 and Tencent is working with Bluehole to extend the games success to mobile in 2018.

PUBG Mobile was the most downloaded game across iOS and Google Play for the month of March in Malaysia.

The game is doing well for Garena in Malaysia but has strong competition. NetEase’s Rules of Survival charted at fifth on the download rankings. The game is NetEase’s self-developed battle royale title launched globally in November 2017.

The head-start has allowed the game to build up a larger base of players. In total the three battle royale games achieved over one million downloads combined across iOS and Google Play during March.

Rules of Survival also came in at third on the revenue chart. NetEase has continually updated the game with new maps, increased player limits, rankings, a live broadcast function as well as new cosmetic items and in-game events to retain players and boost engagement.

This has led to many users choosing to spend in the game. Tencent plans to start monetising PUBG Mobile shortly.

Malaysian gamers have historically had a preference for Chinese games in the MMORPG and RPG category.

Whilst other countries have moved away from MMORPG games, Malaysian gamers are still playing them in big numbers. MMORPG spending is set to remain flat whilst non-MMORPG genres such as MOBAs and Shooters drive growth.

Legend of Condor Heroes is an MMORPG game that is developed by Perfect World and distributed by Efun in Malaysia. The game is based on the novel of the same name from Chinese novelist Jin Yong. The title collaborated with actors from the 2017 TV show to promote the game.

Other Chinese-developed games in the top 10 revenue rankings include Lords Mobile from IGG, Call Me Master from Chuang Cool and Tower of Saviors from Mad Head.

Chinese games have performed well in Malaysia due to the large Chinese population in the country. Chinese publishers do not necessarily need to translate their games straight away to reach gamers in the country.

The same can also be applied to English games as English is now a compulsory part of the curriculum in primary schools. However, Malay is the official language and the most commonly spoken, so games with Malay localisation will reach a wider audience.

Malaysia has strict laws when it comes to gambling, however most of these laws are overlooked and this has allowed social casino games to grow in popularity across the country.

Slotomania from Playtika and Zynga Poker from Zynga ranked at second and fifth on the revenue chart in March.

Casual games are also popular in Malaysia as they offer a way for gamers to play without needing to spend much.

According to our 2017 SEA survey, approximately 61 per cent of mobile gamers do not spend money in games. Casual games such as Tricky Challenge 2, Word Cross and Subway Surfers performed well in the download chart.

Malaysia will remain an interesting mobile games market to watch in 2018 as gamers continue to embrace competitive genres and esports over traditional MMO and RPG titles.