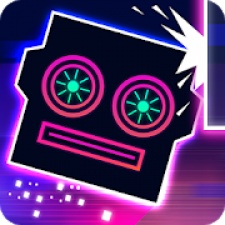 The last 12 months have been one heck of a ride for our regular Big Indie Pitch competition. We’ve seen some incredible games and given the judges some very tough decisions to make. In fact, the most recent winner at Pocket Gamer Connects Helsinki 2018was only crowned after one of the most intense and divided judging sessions we've ever seen.

First up in our global indie tour is our first ever Middle East pitch, which took place in Amman, Jordan, as a part of the 2017 Jordan Gaming Summit. This pitch was incredibly insightful, as we saw a range of fledgeling developers in a region that is often ignored. There was a range of diverse and intuitive game builds.

Daft Jump is slick. It's a well-presented 1980s-inspired rhythm-based action platformer for iOS and Android. With neon lights glowing and synthetic pop blaring, it demands quick reflexes if you're to tap and jump through its variety of challenging levels.

Aside from its striking presentation, Daft Jump also adds innovative ideas like an extra controllable character. This addition ratchets up the difficulty.

Daft Jump impressed the judges and was a worthy winner. You can find out more about developer 3 Dots Games in our interview with the lead developer from February.

However, Daft Jump wasn't the only game that drew the judges' praise. You can read about all the games which entered in Jordan on our sister site PocketGamer.co.uk. Who knows? One of the top three there could be taking away a prize at The Big Indie Awards 2018, in association with G-STAR, this November.