Four experts explain: What you should know about Asia mobile gaming in 2019

How to get ahead in China, India, Japan and South Korea 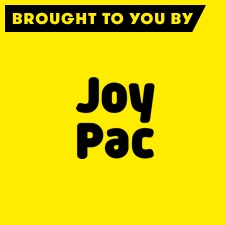 China, India, Japan and South Korea are significant markets for mobile gaming and worth consideration for Western developers looking to expand their reach.

Not only are they growing in terms of mobile devices and better connectivity, but median income is advancing if not already high, so consumers have money (and time) to spend on mobile games.

JoyPac spoke to four industry experts about what trends they see as up and coming in APAC, and got their advice on how Western developers can succeed in these territories. Read on for what came of our in-depth interviews.

It would be impossible to write about gaming in Asia without first mentioning “the great freeze of 2018” - China’s 10-month regulatory standstill on licensing new games.

News in late December indicated that the first batch of games had been approved and the SAPP (the organisation replacing the State Administration of Radio, Film and Television) is wading through a lengthy backlog.

Prior to the freeze, it could take upwards of a few months to get the appropriate licensing required to launch games in China. We don’t expect this to change and instead could be seeing longer timelines, especially for smaller developers with fewer local connections.

Our panel also collectively agrees that we’ll be seeing new guidelines around gameplay themes and mechanics, as the SAPP finds its footing.

“Besides localisation, marketing effort and player support, developers also need to get a license from government officials so that their games can be published in China. Many people believe the licence will be harder to get in the coming years,” said Unity China BD of Publisher Partnerships Michael Hu.

The increased restrictions around gameplay mechanics could inherently offer an opportunity for hyper-casual games in China, as the government is largely targeting hardcore games with these changes.

JoyPac COO Allison Bilas said: “We are watching the regulatory changes in China very closely and expect to be operating under a new set of guidelines this year. The increased restrictions around gameplay mechanics could inherently offer an opportunity for hyper-casual games in China, as the government is largely targeting hardcore games with these changes. Games that are casual to hyper-casual, Western and also socially competitive are very compelling right now.”

Broadening our scope to all Asian markets, 2019 sees new types of gameplay making ground with mobile players. This is driven both by general player interest, but also increased viability of different types of monetisation (namely in-game advertising and real-money gaming) and up and coming distribution channels (in particular WeChat and QQ mini games).

“In the past, foreign studios had a hard time competing against massive Japanese titles,” said Yengage Director of Sales and Marketing Justin Endo.

“While Puzzle & Dragons, Disney Tsum Tsum and Monster Strike are still strong in Japan, this past year, you've seen several new breakouts. You see Japanese players who are more interested in trying different games (both genre and look and feel). I expect this to continue into 2019.”

Nazara Games Head of Publishing Nikhil Birla said: “Speaking in context to India, real-money gaming has definitely been a hot trend and is moving leaps and bounds. Considering India has not had an inherent gaming culture, consumers care exceptionally on the benefits they get from gaming.

“On an engagement level, I really believe Instant Messenger games could be the next big platform for casual users to interact on.”

When it comes to China, Bilas commented: “So many gameplay mechanics in mobile games are universal across cultures. They play off of basic cognitive instincts, like pattern recognition and coordination, that are appealing to everyone. Players in China are no different. With ad monetisation becoming more viable and WeChat gaming’s growth, I see hyper-casual titles having huge potential here.”

Players in Asia look to the West for new games - but don’t forget to localise!

Our experts noted that players in the APAC region are looking outside of their respective countries for new games and particularly follow trends in the Western app stores.

English proficiency in this region is moderate (India, South Korea) to low (China, Japan), so the need to translate the text of your game, app store page and ad creatives is important. Using local marketing channels and operational tactics, such as in-game events and influencer marketing, also plays an important role.

“Hyper casual still hasn’t taken off in Japan to the extent it has in the West,” said Endo. “However, Japan tends to look towards the West for a lot of its trends, so this may change in the next six to 12 months.”

Birla said: “Luckily India follows the West as compared to the East, so in terms of gameplay, deepness of meta, and UI / UX, our behaviour is more similar to West than to East. However, India also has quite a rich and diverse cultural spectrum, where localisation is important as well.”

Bilas added: “The amount of localisation needed really depends on the type of game… hyper-casual games don’t typically have a lot of text, so it is simpler to launch them in different countries and still have success.”

Distribution channels remain fragmented and ever-changing in China, but Apple and Google remain stable in other Asian countries

Our panel doesn’t see many changes coming to the distribution landscape in APAC countries. Most of these markets are dominated by Apple and Google, with the exception of China, where Android distribution is fragmented across many app stores.

As Google Play is not available in China, third-party Android stores have flourished.

While there are some signs that the Chinese Android market is headed toward consolidation, nobody on our panel thought this was realistic in the coming 12 months.

“As Google Play is not available [in China], third-party Android stores have flourished,” said Hu.

“While traditional app stores like MyApp from Tencent remains popular, smartphone manufacturers like Huawei and Xiaomi are also building their own stores.

“And new forces like TapTap have made profound changes to the distribution landscape in China. Developers should pay attention to these changes to make sure their games get as much exposure as possible.”

While playable ads and rewarded videos aren’t new ad formats, in-game advertising as a whole has been tempered in Asian countries due to the dominance (and ease) of in-app purchasing.

This is changing across the region, according to our panel of experts, who note that players aren’t phased when seeing ads and that they consume them at similar levels to the West.

As such, eCPMs achieved in the East can be very similar to those seen in the West, especially when working with a local partner for optimisation.

“Rewarded video has been widely accepted by India as a mode of monetisation and feels natural and intuitive if implemented properly and works well for casual as well as mid-core players,” said Birla.

Rewarded video has been widely accepted by India as a mode of monetisation and feels natural and intuitive if implemented properly.

Bilas commented: “Players in China are used to seeing advertising in their daily lives, so they easily engage with in-game advertising, especially the newer interactive hybrid formats. For example, a playable end card that shows after a video can give great performance.”

Resounding advice from our panel of experts: Seek local help

All of our experts advised Western developers to work with local teams to find the most success in APAC markets.

At a minimum, local publishers can help with game localisation and native marketing know how. Additionally, and especially in China, having a local partner is key for navigating regulatory requirements and establishing relationships with distribution channels, ad networks and other service providers.

“For foreign developers, a Chinese publishing partner is almost always a must have when they want to tap into China,” said Hu.

“A good publishing partner may not always pay you an upfront licensing fee and they don’t necessarily need to be big companies like Tencent and NetEase. But their local resources and connections in the industry can make a huge difference to your game performance in China.”

There are many factors that make 2019 a year for Western developers to find success in reaching millions of players in the East.

Our experts believe that these players are looking for unique and creative gameplay mechanics, and that they don’t require a cultural connection to the game through deep storylines or themes.

Regulation of games with mid and hardcore mechanics, traditionally steeped in metagames and narrative, is on the rise, leading to an opportunity for titles with a lighter touch to gain attention.

And the ad monetisation space, no longer in its infancy, is a viable model for supporting these types of experiences. Whether you go East or go home is up to you, but it’s worth consideration as you plan for the year ahead.

JoyPac is a Western-based mobile games publisher specialising in the rapidly growing Asian hyper-casual market. We focus on bringing the best ad-driven game experiences to China. With senior teams in Copenhagen and Beijing, we’re made up of talented developers, publishers, analysts and UA experts solely focused on building the best bridge from West to East. Our goal is to bring joyful mobile game experiences to the millions of players in APAC.