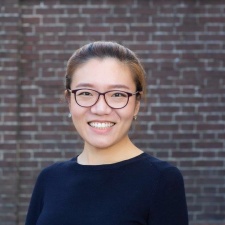 Vivian Dong is a Senior Publishing Manager at JoyPac.

On Wednesday, May 13th, we’ll be hosting a JoyPac webinar all about making successful hyper-casual games using rapid testing and development.

This blog is your preview for the topics we’ll be discussing and some of the advice we’ll be giving.

The hyper-casual mobile genre is evolving

Hyper-casual mobile games use very simple gameplay and a business model based on in-game advertising. The genre emerged as a sort of backlash or nostalgic revival a couple of years ago.

But even though it’s a fairly new genre, it’s already starting to shift. This evolution seems to be branching off into two sub-genres:

As hyper-casual moves into a new era, it’s important to remember that it’s not just a game genre—it’s a very specialist process of game development.

Two things make it distinct from other parts of the gaming industry:

Hyper-casual developers test for marketing potential before sinking any significant time into actually building the game. We often use simple video mock-ups of the core gameplay loop to look at the user acquisition (UA) performance and assess the size of the market. Only if the testing results are good do we flesh out the concept and actually build the game.

This type of rapid testing and production methodology is a revolution that hyper-casual has brought to the gaming industry as a whole. It doesn’t make sense any more to spend years developing a game, only to release it to a muted reception.

Early testing and hyper-fast development are the keys to making a successful hyper-casual game. They supercharge creativity and maximize your efficiency.

Here’s how to work this style of development to your advantage.

We talk a lot about when a game is ‘ready’ for testing. It’s a subjective decision and it varies a lot depending on what outcomes you want to see in your test. For example:

Before you start testing your game, you’ll have some admin work to put in place. You need to:

Do you even need a playable version of your game?

More and more developers are testing their games with video ad concepts for market potential before their game even exists. This approach might seem strange, especially to companies outside of gaming, but it saves a lot of time and resources.

During video ad tests, the click-through rate (CTR) works as your de facto “product-fit”, giving you an indication of how much demand there might be for your game once it actually exists.

If you can, this is often the best way to start testing a hyper-casual game. If the test results show your game doesn’t have the appeal you expected, you can save yourself a lot of time and switch to a new project. If the testing goes well though, you’re ready to create a minimum viable product and continue development.

The key to a good MVP is developing only the core aspects of your game. It should be substantial enough to show the player what to expect from the final game, but not detailed enough to need lengthy development.

Here’s the checklist we use to get the balance just right. A good MVP should have:

When you test your MVP, start breaking down the test into its component parts—looking at store performance, ad performance, and ultimately install per mille (IPM) to measure your installs and impressions.

Keep on testing in soft launch

Only about 10% of MVPs go on to further development.

So after testing ten MVPs, you’ll probably find one that looks promising. Then you should move into iterating on your prototype with one to two week cycles. At this stage, you should continue to look at UA and also include cost-per-install (CPI).

But more importantly, you should start to optimize the gameplay itself. Focus on D7 retention rates and average session length—these are the two key metrics that’ll drive revenue for your game.

Use A/B tests only for big changes

We don’t typically like A/B testing, but we’ve seen some great uses of it in the stage of prototype interactions—especially by game teams who test vastly different iterations. Like, for example:

So A/B tests can be very useful at this stage, but they can only give you clear results if you’re testing very distinct A and B iterations.

When you’re iterating on a game and doing A/B tests, keep watching the market and only iterate until the game is good enough. If you hold back your full launch until the game is absolutely perfect, you can be stuck in A/B testing forever.

By this stage of testing and iterating, your game is already out on the app store. So for it to make a splash, you need to have everything in place before you launch it in full.

We often ‘hide’ our soft-launched games by giving them different names or only opening to smaller countries. So then when we launch it, it feels new to the store.

Before you launch, you’ll need to:

And finally: keep on testing after launch

Full launch doesn’t mean your testing is over. You should be even more aggressive with optimizing for UA, engagement and monetization.

We hope you’ll join us for the webinar

We’ll be going into much more detail about the science behind success in hyper-casual games. We’ll show you specific examples, explain more strategies and answer your questions. You can learn more and register here.