China can be tough to break into, yet the right strategy can make it a reality 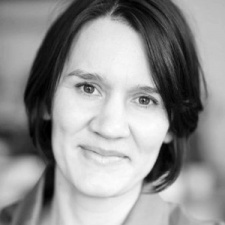 Allison Bilas is COO at Joypac.

Publishing a mobile game in China can be tough going at the best of times. Even if you know a local publishing partner, have experience of the market and have a great game, it can feel like an uphill battle to successfully reach Chinese players.

For many companies based outside of China, the solution is to work with local companies that understand how to bring international titles into the Chinese market.

Driven by the growth in demand from Chinese mobile users over the last couple of years, there has been an increase in publishers specialising in bringing overseas games to market, plus the number of non-Chinese publishers looking to get their games into the market.

We created JoyPac last year as a way to help publishers bridge this gap between West and East. Our focus is on instant play or ‘hyper-casual’ games that can be effectively monetised through advertising rather than in-app purchases.

To date we have helped to publish a number of games, with eight currently ranking in the top 200 of the Chinese app store - so hopefully that is some validation of our approach.

Early on, we decided to work with specialist mobile ad company Mintegral as our key advertising and UA partner in the region.

Thanks to its exclusive relationships with hundreds of app publishers it could help us get access to a lot of exclusive ad inventory. This is important in China, where the more fragmented app landscape makes ad campaigns at scale more complex to plan and execute.

According to data released by Tencent, casual games are one of the most popular mobile game genres in China right now.

The whole point of casual games is that they have the broadest possible appeal, can be played by anyone regardless of skill and are suitable for short bursts of gameplay - which makes it a category with high market penetration across different player demographics.

Casual games also tend to have the highest proportion of monthly active users, as well as the best retention rates.

Hyper-casual games take these design decisions to an extreme. Each game session is short (often less than a minute) and the game is designed to be infinitely replayable, usually with a very simple scoring system to generate that “just one more go” feeling. UI is minimal, and the whole game is designed to be lightweight and quick.

Hyper-casual games are not a new phenomenon, and publishers like Voodoo and Ketchapp have built impressive businesses by focusing on simple games and iterating quickly to stay fresh.

However, this style of game has had a resurgence in the past year or so - particularly in China, where casual games sit at the top of the charts alongside more hardcore titles like the ever-popular Clash of Clans and Arena of Valour.

Whereas the ad-funded model for games is well established in most markets, Chinese publishers have largely concentrated on in-app purchases (IAP) as the main way to monetise games - with huge success.

The rise of the ad-funded model offers an alternative to the more hardcore games that generate millions from IAP; it’s also emerged as a way to address the new restrictions on games being published in China.

These restrictions are focused on protecting younger gamers from games that use IAP and real-money in an aggressive way. Although much of the media coverage focused on the lack of licenses for game launches as a result of the restrictions, the bigger impact is likely to be a shift in how games can monetise.

Hence, these increased restrictions around gameplay mechanics offer an opportunity for hyper-casual games as the government is largely targeting hardcore games with these changes.

Games that are casual to hyper-casual, Western and also socially competitive are very compelling in China right now.

The restrictions around gameplay mechanics that have been introduced actually offer an opportunity for hyper-casual games in China, and this is a category where there are already a lot of very polished, successful games from Western developers that could do really well.

It’s really a question of localisation and putting an effective monetisation strategy in place with the right local partners.

If there really is a shift from hardcore to hyper-casual, these games have an advantage because they are designed around very fast and repeated gameplay loops - perfect for an ad-funded model.

Plus, publishers can choose from a range of advertising formats, such as interstitial and reward-based videos, or even interactive and AR content.

Hyper-casual games are also benefiting from the focus other game publishers have had on high CPI advertising, in the attempt to capture high spending (and therefore expensive to acquire) gamers.

Because hyper-casual games are far less targeted they can benefit from much lower CPIs - another reason why the ad-funded model works so well.

Indeed, in a recent presentation about how it optimised its games, Voodoo talked about achieving a CPI of 21 cents. That’s about a tenth of the average CPI of a mobile game on the US app store. Such a low CPI means that it is far easier to make money from in-app ads once the UA cost has been accounted for.

While this kind of ad monetisation strategy still needs to be factored into the core game design and UA approach, its impact on the actual gameplay is much less than games built around IAP, as the games need to be simple and immediate to play.

Platform fragmentation is also less of an issue, as there is no reliance on payment gateways - a real headache in China, where games are typically launched across dozens of Android app stores. This makes them easier to localise and generally less expensive to develop and launch.

For consumers, these games are seen as something simple and quick to play, without any need to invest time and money in them. Of course, there will continue to be a big market for the typical RPG and FPS games that have historically performed so well, and which have become a major export for APAC publishers such as Tencent and NetEase.

Take Skip School, a hyper-casual game developed by Eureka Studio we recently launched in China. To promote the game we decided to focus on using playable ads, which would give consumers a short but fun preview of the full game.

The ad creative was done by MindWorks, the in-house creative studio at Mintegral, and the ad placements were handled by the Mintegral team in China.

While playable ads and rewarded videos aren’t new ad formats, they are still relatively novel in China as IAP has traditionally dominated. Chinese gamers appear to respond positively with ad-funded games, with ad consumption showing a similar level to here in the West.

As a result, the eCPMs for Chinese publishers are also broadly similar to those seen in the West - especially when the game has been localised well.

Since launching the game in December it has been consistently in the top 10 puzzle games on the Chinese iOS store and right now is currently sitting just outside the top 10 of the overall games category, having peaked inside the top five.

With the help of Mintegral’s UA campaign in China, the game was downloaded more than 3.1 million times in January.

It’s hard to predict whether the popularity of hyper-casual games in China is a short-term trend or a long-term shift. There is still a level of uncertainty around the new regulations, meaning that publishers of games based around IAP monetisation are still wary.

But for now, Chinese consumers are voting with their fingers, with several of the top slots on the app stores held by hyper-casual games.