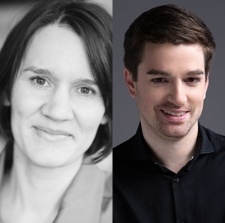 China’s contribution to the games industry is always a shocking number to behold. In 2018 alone, China’s domestic mobile game revenue grew by 28.9 per cent to $15.63 billion. By the year 2023 this number is expected to reach the astounding figure of $25.49 billion.

Another crazy stat is that China contributes to 25 per cent of the total world’s mobile games market, with that percentage on the rise too. It’s not that surprising when you realise that the country holds 598 million mobile gamers.

Furthermore, several of the world’s top grossing games originated from China, according to Sensor Tower data. Tencent’s Honor of Kings (known as Arena of Valor in the West) took top spot for overall revenue generated in 2018, while NetEase’s Westward Journey placed third for App Store revenue and sixth overall.

On top of this, Tencent-owned Supercell appears twice in the top 10 with Clash Royale and Clash of Clans, as well as Activision, which Tencent also has a small stake in, with Candy Crush Saga in fourth spot. Since launching in October 2015, Honor of Kings is estimated to have generated more than $4.5 billion, making it one of the world’s most lucrative games.

This, of course, puts the region as the focal point for mobile games and is why we’ve decided to focus on what is happening right now in the Chinese mobile industry - not to mention we’ll be bringing out Pocket Gamer Connects conference to Hong Kong on July 17th to 18th.

To gain a better perspective, we reached out to representatives from several heavyweights who have their finger on the pulse, including Tencent, ByteDance, JoyPac. Niko Partners also provided some key data on the local market.

We start off with the trio giving their insights on what is happening right now in the region’s games industry.

“The development scene in China is very dynamic, with some very high growth companies vying for the best content and the best talent,” says JoyPac COO Allison Bilas.

“It really is the place to watch in terms of growth and investment.”

Former NetEase head of mobile business development and current ByteDance senior director of overseas business Tom van Dam adds: “We're seeing the resurgence of the major players, which after a somewhat slowing 2018, have rediscovered the path of major growth and solid quarterly financials.”

“On the other hand, smaller players have found more success in other markets as they have adapted to the rough domestic regulatory landscape. In terms of culture, that means that there has been a bit more sharing amongst studios of overseas experience, whereas sharing traditionally has been limited in the industry here.”

A spokesperson for Chinese giant Tencent says that the firm is “focused on building sustainable and positive relationships with the public and users. We not only focus on the number of users, the size of the market and profit, but also take more social responsibility.”

Global markets have never truly been a major focus for the vast majority of Chinese games companies and as such only limited expertise has developed.

Numerous challenges have raised their heads in the last couple of years in China, chief among them the government putting a nine-month ban on game approvals in 2018 and introducing new regulations under a new regulator, State Administration of Press and Publication (SAPP). The industry is still recovering from the big game freeze, which ended in December 2018.

“It has been a battle to survive the approvals drought and studios have had to get creative,” says van Dam.

“Studios have shut down after running out of budget waiting for approval to come through. Layoffs took place, some public, some not so public, moving resources away from imported IPs and products for the local market, and trying to boost production for other big markets like Japan or the US.”

Despite the setbacks, Niko Partners reports that China’s mobile games market grew 28.9 per cent over the previous year, yet a lot of companies still struggle to understand/grasp an audience outside of their own territory.

Van Dam adds: “Global markets have never truly been a major focus for the vast majority of Chinese games companies and as such only limited expertise has developed.

“The holy grail of building that true global game is still a major challenge for Chinese companies as their teams are nearly completely staffed by Chinese. As such, a true understanding of non-Chinese players is something that is severely lacking in most studios.”

Bilas believes regulations are again part of the biggest changes to affect the country, particularly as they are ever-changing and evolving.

“Adjusting and complying with them is an ongoing, table stakes issue at this point,” she says. “What I find more interesting is what content is coming out of China. The Chinese games development scene has been very focused on midcore and core gameplay, and as such, there's an absence of snackable game experiences in casual to hyper-casual genres made locally in the country.

“The West has seen a lot of creativity be born out of the hyper-casual movement, and I see that lacking in China’s development scene right now.”

As the industry grows, it's finding new creativity by putting more trust in recruiting young developers, as young gamers truly interested in pursuing a career in development now have more options than ever to obtain the necessary skills.

“We have a 20-person team in our Beijing office, who came to us with both great technical, creative and business educations from local institutions, as well as strong experience in the gaming industry,” says Bilas

“Tencent, NetEase, ZPlay and other large companies are great training grounds for gaming talent. There’s enough of a talent pool that we don’t feel the need to look outside of the country for hiring candidates.”

She’s not wrong, as a Tencent spokesperson also states: “In the past 17 consecutive years, we have recruited thousands of graduates. Tencent Institute of Games is our knowledge-sharing and knowledge-exchanging platform.

“It has formed strategic partnerships with many colleges and universities, for example China Academy of Art, to organise open class, elective and double-degree courses on game planning, creativity competition, art design competition, etcetera.

“Tencent is one of the first companies to launch a studio system in China’s games industry. In 2008, we established a system based on the studio to encourage the development of in-house games. Since then, the studios have raised the bar and launched a series of popular products.”

Even if more entwined with youth culture than ever and more opportunities are available, it seems as if there is still more that can be done. As van Dam says: “Games are part of the young generations' lifestyle and even though game education specifically might be limited, people get trained and adapted to the games industry quick enough.”

China itself is a huge market - there are almost 250 million iOS devices alone, which is the same amount of all mobile devices in the US.

This thinking goes alongside the nature of an industry not typically recruiting outside of the sector, due to the process still being seen as a challenging one.

“First there is the issue of Visas and work permits. This is not just limited to the games industry, but generally, there are a lot of hoops to jump through for both the employee and employer to get these issued, especially for young talent.

“Second, there is still a massive language and culture barrier. China is set up for Chinese, and although improvements are being made, overseas staff members are always special cases. English is not widely spoken at the work-level, so if you have long-term China plans, learn accordingly.

“Third, integration into teams. Even if the language barrier can be overcome, it will always be a matter of how your voice is perceived. Either you are the outsider, whose opinion is interesting, but certainly not applicable to the depth and ways of China, or you are the ultimate expert, who is supposed to know the rest of the world with god-like accuracy. There isn't too much in between, for now, but again, things are moving in the right direction.”

Despite the challenges, there are still numerous advantages to setting up a video games company in China itself - especially when considering, as Niko Partners claims, that 95 per cent of gamers in China play mobile games.

“China itself is a huge market - there are almost 250 million iOS devices alone, which is the same amount of all mobile devices in the US,” says Bilas

Van Dam adds: “The amount of talent is amazing and the ability to scale unchallenged.

“The general acceptance of the 996 [working 9am to 9pm six days a week] culture amongst dev teams is also something that could be called an advantage, but this depends on your point of view.”

But what does the future hold for the largest mobile games market on the planet? According to Tencent, because of China, Japan, Korea, Europe and the US being integrated into one single global market, “users in China expect innovative gameplay”.

Bilas adds: “With over 1,000 titles receiving licenses so far this year, and many more to come, I’ll be curious to see if growth in China’s gaming revenues gets back into the double digits.

“The market is especially primed for growth if and when the Android stores begin to consolidate, making it easier for developers and publishers to distribute their games to the remaining 80 per cent of mobile players on Android phones.

“I can’t imagine anything but growth for China as its economy continues to support more and more mobile phone users.”