5G network is being rolled out across the country 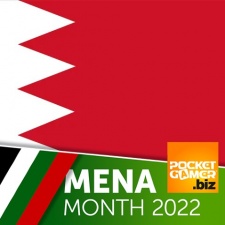 While not as large as other MENA nations, Bahrain, with a population of 1.4 million, is nonetheless becoming part of the MENA gaming movement.

The Bahrain Economic Development Board was started in 2000 to encourage a startup economy in Bahrain, benefitting technologies such as fintech, app development, and gaming. Regnum Studios, creator of award-winning games, and The Stories Studio, a female-founded game and Web3 developer, are both based in Bahrain.

A 5G rollout is well underway, and 6000 km of fibre optic cable is being installed in the country. In addition, stc Bahrain, the nation’s primary telecom provider, has an early start on setting up the region’s first 5.5G mobile network.

How can you connect with the MENA region in 2022?

Not far from Bahrain, there are upcoming conferences in Jordan and Saudi Arabia, including our own annual event, Pocket Gamer Connects Jordan 2022.

You can expect two days of networking, learning, and presentations expected to be attended by over 700 gaming industry professionals from all over the globe.

As well as the conference (where it is still possible to win heavily subsidised tickets if you are an indie developer), it is possible to travel to Petra on Monday, 15th November, to see one of the true wonders of the Middle East.

You can also join other global and MENA leaders two weeks later in Riyadh for our first Leaders Summit.