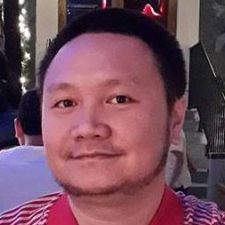 Much has been made of the Indonesian gaming boom by industry voices, and this site has been no exception.

But if you ask Rudy Sudarto, the CEO of Indonesian mobile publisher Gimku, he'll tell you that the changes for the average Indonesian developer haven't been as pronounced as the online mass suggests.

That's why he set up Gimku, a publishing service for indie developers with a particular focus on marketing and gaining international exposure - an area in which he feels the Indonesian industry has been traditionally weak.

We caught up with him with a quick chat about the current state of play in Indonesia, and how Gimku is planning to give native developers a better chance of gaining worldwide traction.

PocketGamer.biz: Do you feel that the growth the region is experiencing has been exaggerated, or at least that there's a disconnect between the wider picture and the average developer's experience?

Rudy Sudarto: Correct. While the Indonesian market getting more mature today, the developer experience isn't too unlike what you'd see in other south east Asian countries such as Vietnam.

From 2008 to 2012 lots of developers worked on Flash games for web. The mobile market started getting better from 2014, but very few developers can tap into the international market.

Only two Indonesian developer can reach top grossing on the US store: Alegrium and MenaraGames. All the developers need is more chance to get known by international media and most importantly experience.

Tell us a little about Gimku, and how it's positioning itself to help Indonesian mobile studios?

I myself am a game developer, and have 8 years experience. [Rudy is also the CEO of an Indonesian developer, Art Logic Games, whose flagship series is Epic War. The sixth series entry is set to be published by Gimku, trailer below].

Although that experience is mainly from Web and some in the mobile market, I know what developers need, and how I can get their game optimized before its launch.

Gimku will help from the production stages (optimising UX, design, monetisation) until launch (PR and marketing).

Are there many publishing opportunities for Indonesian mobile developers, or is Gimku standing alone in that area?

There are some publishing services, but they are not serious enough.

Their effort to help developers is not much. But to mention exact numbers, maybe only 2 publishers - 3 including Gimku.

Is there a sense of community around the Indonesian mobile development scene, or is it more a case of individuals and small teams working in isolated pockets of activity?

There is a developer community, and membership has already reached 7,000 (comprising developers, students, local media, etc.). For our city Surabaya, Indonesia's second biggest city, we already have a local group. Community gathering started getting active in 2014.

With communities such as GameDevID (Game Developers Indonesia), and some events like Indonesia's GameDevGathering, the community is very active but its main focus is on development and technology.

There is not so much focus on monetisation and marketing. And sadly, successful studios don't share enough information to the wider community.

What are some examples of the most successful Indonesian mobile developers working right now?

The most succesful mobile games to come from Indonesia (in terms of revenue) have been Icon Pop Quiz and Billionaire developed by Alegrium, Ninja Fishing [best known in the west as a F2P clone of Vlambeer's Ridiculous Fishing] and Defender Chronicles by MenaraGames.

Funding is the hardest route to success here, as not many are getting invested in.

But the biggest Indonesian companies to have received funding are TouchTen, Agate Studio, TinkerGames and AlterMtyh.

Gimku seems very focused on getting international exposure for its developers. Do you feel that this has been one of the biggest challenges for the Indonesian industry?

Yes, this is the biggest challenge. With a lack of international media connection, and lack of connection with the iOS and Google Play editor teams, it is very hard for us to get media attention and featured slots.

It's easier to get local coverage, and as a result very few developers focus their press releases on international media.

Meanwhile, the success stories I mention above show what's possible when Indonesian companies are confident with PR to international media and, of course, have budget to spend on ad campaigns.

Gimku is set to publish the upcoming Flow, Super Little Runner, and Epic War VI. For more information you can visit its website.