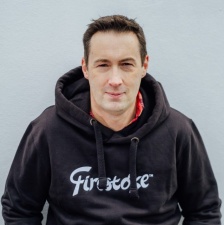 Firestoke’s mission statement is described as “bridg[ing] the gap between a growing and increasingly diverse global audience who demand games that complement triple-A and mobile experiences”.

Paul Farley, CEO and founder of Firestoke, stated: “It’s a privilege to have the opportunity to work with such proven game-focused investment teams at this early stage of Firestoke’s journey.

“Each of the investor teams bring huge additional value with complementary skill sets, experience and networks. Most importantly we value many of the same things; creating great games, empowering development talent, building successful businesses and bringing joy and delight to our players.”

Prior to founding Firestoke, which currently releases titles on console and PC, Farley was an integral figurehead in the UK mobile games industry. In his previous role as CEO of Tag Games, Farley spoke about the impact of Brexit on the UK games industry.