One of Africa’s top mobile game publishers, Carry1st has partnered with numerous brands such as Riot Games and Call of Duty, leading to significant investment 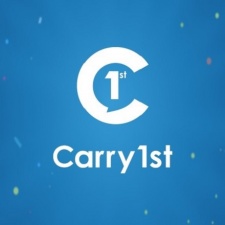 Carry1st, one of Africa’s leading mobile game publishers, has announced that they have received a significant $27m investment. The money comes from a consortium led by BITKRAFT Ventures. Apparently coming off the back of their partnership with Call of Duty: Mobile, to provide payment options and scaling for the game, which has apparently inspired acute investor confidence in the company.

Carry1st Co-Founder and CEO, Cordel Robbin-Coker commented on his view of the investment from BITKRAFT, “We’re delighted to partner with BITKRAFT, one of the world’s top gaming VC firms, alongside a16z and other existing investors as we continue on our mission to scale awesome content in Africa. 2022 was a year of significant growth but together with our partners we look forward to making 2023 even better.”

With mobile being a particularly strong area worldwide, it’s no surprise that in Africa which is boasting an expanding industry, that the supporting businesses around it are also attracting investment. BITKRAFT Ventures’ investment also displays that outside attention is slowly turning towards Africa, noting a growing digital population and thus a correspondingly untapped market ripe for early investment to pay off later.

Carry1st in particular stands to benefit from this expansion by offering, in their own words, “a full-stack publishing solution, handling user acquisition, live operations, community management, and monetization for its content.” This investment also marks the second major funding round they’ve accrued, and the second time Andreesen Horowitz has been involved with their previous investment being the first time they’d done so for an African company.

Africa has been a growing hotspot of gaming, with events such as the Africa Games Week helping developers, studios and publishers network and show off their products to the world. It’s also been a great place to look at from a birds-eye view, as with Waheed Adam who discussed his views about what would be next for the African games market as a whole in December.