The future of the African mobile gaming market with Waheed Adam

Africa is one of the ones-to-watch when it comes to emerging gaming markets. Waheed Adam of iTouch offers us his insights into mobile movements in Africa 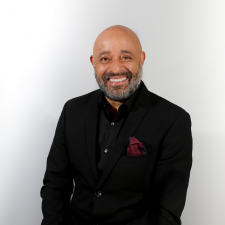 It's been a busy week for Cape Town, South Africa, as the fifth Africa Games Week winds down and the event has produced myriad insights and advice as to how to best make moves in this potent, growing market.

Waheed Adam is the Executive Chairman of iTouch, which itself is headquartered in Cape Town, and a Board Member of the MEF (Mobile Ecosystem Forum). Previously Adam gave us his insights during MENA Week. Now here's his take on what's changing in Africa and where its mobile market is heading in the future.

Pocketgamer.biz: Where do you see Africa's standing as a mobile gaming market?

Waheed: In the early 2000’s, market adoption of mobile games, although less sophisticated, were a popular service in fast growing markets such as Nigeria and South Africa among a few others. Today with greater connectivity, inclusivity and smartphone penetration, mobile gaming popularity continues to grow among the young population. Do consider that the average age of the population in Africa is 20, thus making it a formidable market size. Of course, it has its unique challenges, such as the lack of access which limits the industry size it deserves to be.

Can you highlight any particular countries in the African market for their potential, or current achievements in mobile gaming?

More generally speaking, if one measures mobile penetration and services adoption, such as mobile payments that enable economic growth, these serve as good indicators as to which parts of Africa both governments and private sectors have jointly vested in ensuring a healthy mobile environment. Among these are South Africa, East Africa (Kenya, Rwanda, Tanzania), West Africa (Nigeria, Ghana), North Africa (Egypt, Morocco) to name a few.

Gaming has become more popular to the young population than listening to music, a great indication as to what lies ahead. Gaming consoles are also often unaffordable to many, hence the popularity of mobile gaming. The appeal of online gaming is also a huge attraction in that it brings about a social element connecting players to the world.

Without doubt access to investment funding is an obstacle to local game developers on the continent, without which they depend on a shoestring budget and can hardly survive long enough to have a significant impact in the sector.

Another area of struggle is the lack of business skills and marketing budget in order to take a product to market. Great games may get shelved as a result.

Is there anything you think the African market does uniquely better to the rest of the globe?

Play to learn. It's evident that mobile gaming is being used to educate its audience in a fun and playful way. For example, in the financial services sector, games have been designed to educate its consumers to become more financially savvy, intelligently gamified that may even earn you rewards that can be used in the bank for real live services. Apps have been designed for schools to make learning for kids fun through games too.

Local content is important to appeal to the larger audience in each country, and often its uniqueness brings about new ideas to the world

Can you tell us about what the Mobile Ecosystem Forum does in its operations?

The Mobile Ecosystem Forum (MEF) is a global trade body established in 2000 and headquartered in the UK with members across the world. As the voice of the mobile ecosystem, it focuses on cross-industry best practices, anti-fraud and monetisation. The Forum provides its members with global and cross-sector platforms for networking, collaboration and advancing industry solutions.

Where do you think the investment necessary to bring Africa widespread internet connectivity will come from?

Mobile communication is key to life in Africa and although costly, it’s still cheaper than the alternatives. And while it remains a very healthy commercial exercise, Mobile Network Operators (MNO’s) will and are continually adding infrastructure to increase their mobile penetration across their markets. In some instances, their licences depend on their commitment to increase mobile connectivity in-country.

Subsea cables already connect much of the continent and more are being installed such as 2Africa which connected Egypt just recently. Fibre connectivity is also making its way to the home in many urban zones in more developed nations.

Satellite connectivity is also growing, and costs are reducing, particularly in the low orbit sector where latency is improving, although still not ideal for gaming with high demand for bandwidth – think Starlink for example.

So, with clear commercial gain, investments are plenty and already growing in value in many parts of the continent.

Do you think within the next ten years, for example, that Africa will become a major force in mobile gaming?

Africa is a continent with 1.4 billion people of average age no more than 20. Birth rate is generally high and population growth continues at a fast pace. Mobile connectivity equals economic growth and is already being proven. In fact, the world wants Africa “lit up” so to speak as it becomes easier to extract commercial value. Smart mobile phones are getting cheaper and penetrating the markets speedily. Therefore, investment funds together with innovation hubs are now setting up offices in many parts of the country. They will serve as enablers to the very gaming industry currently struggling for funding and business know-how.

The advent of free gaming sponsored by advertisers also opens the markets that don’t have the purchasing power of affluent nations. This inclusion will most certainly grow the gaming community and ultimately revenues in this sector.

So yes, Africa’s gaming industry is still in its infancy to what I believe lies ahead. However, do understand the local markets of each country as one size doesn't necessarily fit all.

So then overall we can see that, relatively speaking, we haven't seen anything of what Africa is capable of yet. But we also see where the key hurdles to overcome are in terms of infrastructure. As access to the digital world and the tools that fuel the gaming industry grow, Africa and the MENA regions are likely to become not just competitors, but potentially dominant in the global gaming and mobile gaming market.