Africa, one of many emerging markets in the mobile gaming industry, will be seeing its African Games Week hosted in Cape Town this December 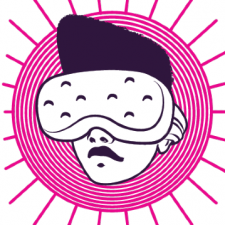 This December, the fifth African Games Week is to be held in Cape Town, South Africa. Focused on members of the game industry, and promoting the sector across Africa, the event is to be held across three days and will boast speakers from all parts of the games industry, including mobile gaming. It also will see a significant presence from the mobile growth association on its first day and beyond with their mobile growth summit.

“Africa Games Week is the game industry curated event that strives to shine a spotlight on the creatives and businesses rising around Africa," the organisers state on their website. "Our mandate is to discover, engage, connect and expose the amazing talent and opportunities that exist and we can only do that by developing a community of African Game Industry representatives that can lead the narrative.”

Africa Games Week seems set not only to be a great opportunity for game makers in Africa, but also for the city of Cape Town to promote itself. Mayor Geordin Hill is quoted on the website for Africa Games Week as saying “In addition to being one of the world’s most desirable locations for film, TV and commercial production, Cape Town is increasingly being recognised as Africa’s game development hub with more than half of South Africa’s game development studios being based in the Mother City.”

It should also be noted that conferences such as this are not only opportunities to show off to the public and other professionals how great your local industry is, but also to build connections that would otherwise be impossible to. We may have gotten used to online communication during the Covid-19 pandemic, but it’s undeniable that in-person discussions are always beneficial to building camaraderie and sharing expertise.

With one of the key challenges to overcome for Africa being connectivity to the internet due to geographic, infrastructure and scale challenges, there are numerous issues to be solved. It would include tackling how data plans are available and priced, but alleviating these problems will open a whole new market to not only internet access but the burgeoning mobile game industry in Africa.

The future of the African mobile gaming market with Waheed Adam