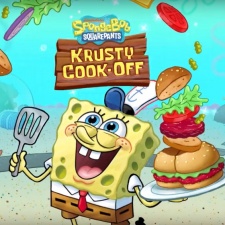 Tilting Point has partnered with Carry1st, Africa’s number one mobile publisher, to bring award-winning SpongeBob: Krusty Cook-Off to all 54 countries in Africa.

Of the six countries showing the fastest download growth globally, four are in Africa: Egypt, Nigeria, Kenya and South Africa.

SpongeBob: Krusty Cook-Off saw immediate success upon its announcement in 2019, with the strongest pre-registration performance of any Nickelodeon game ever: more than 17 million players pre-registered.

At launch, it was one of the top ten most downloaded games on iOS in 97 countries. It achieved this in 79 countries on Google Play.

Data science company Parrot Analytics found that demand for SpongeBob SquarePants in Africa is enormous, with the television program in higher demand than 97 per cent of all other shows in South Africa, so the game has big potential there.

Founded in 2018, Carry1st employs 32 people across 14 countries and recently raised over $6 million from a range of gaming and fintech investors, including Riot Games.

CEO and co-founder Cordel Robbin-Coker said, “We’re pleased to partner with a world-class firm in Tilting Point, to bring SpongeBob: Krusty Cook-Off to a huge audience in Africa.”

“Extending our games to Africa and making them accessible to up to 1.2 billion people in all 54 African countries is a big step and really meaningful to us,” said Tilting Point Co-CEO and president Samir Agili.

“Carry1st has uniquely created a publishing platform to unite the entire continent in a way like never before; we look forward to working with them on SpongeBob: Krusty Cook-Off and exploring other future growth opportunities in Africa for our roster of games.”

Since its launch, the game has surpassed 44 million downloads. As well as being available on mobile, PC users can play the game through the Microsoft Store.