Will expand into the co-development of mobile games 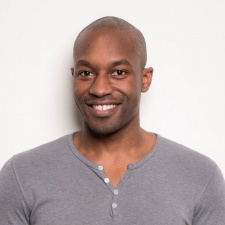 The funding round was led by Andreessen Horowitz and featured participation from Avenir and Google, alongside multiple angel investors, including the founders of Yield Guild Games and Sky Mavis.

This funding round marks the first time lead investor Andreessen Horowitz has invested in a firm with Africa-based headquarters. Partners of the VC firm David Haber and Jonathan Lai will join the Carry1st board as observers.

The recent funding builds on top of a Series A round held in May 2021 that raised $6 million for the firm to scale its games publishing operations in Africa.

Carry1st has stated that it will use the funding to expand its content portfolio and scale its user acquisition operations to reach "tens of millions of new users". Furthermore, the firm has revealed that it will expand into mobile game co-development, focusing on the creation of original IP and play-to-earn games.

"We’re excited to partner with this world-class group of investors who, in addition to capital, bring expertise across gaming, fintech, and web3," said Carry1st co-founder and CEO Cordel Robbin-Coker.

"In 2021 we launched multiple games and digital commerce solutions achieving really strong growth. Together we can accelerate this growth and achieve our goal of becoming the leading consumer internet company in the region."

Andreessen Horowitz partner David Haber added: "We see immense opportunity for the company to mirror outstanding successes we’ve seen in markets like India, China, and Southeast Asia. We couldn’t be more thrilled to partner with founders Cordel, Lucy, Tino, and the Carry1st team on their mission to build the Garena of Africa."

In October 2021, Carry1st partnered with Spongebob: Krusty Cook-Off publisher Tilting Point to publish the game in Africa, providing an additional reach of 54 countries for the Bikini Bottom-based cooking sim.