CEO Roby John on a big year for the studio 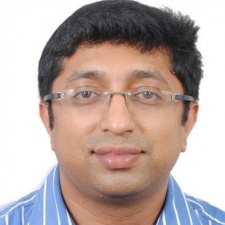 Leveraging the Chhota Bheem IP, a massively successful animated TV series in India, the game beat out the likes of Candy Crush Saga and Subway Surfers to claim the top spot.

The Chhota Bheem name alone has been enough for the Pune-based developer to attract attention in its homeland, but John feels that alone is not enough.

“The IP gives you a megaphone, but if what you're saying is not interesting, you're not going to get an audience anyway,” he says.

“I always try to look for a bigger megaphone, but I also try to say interesting things.”

The next in the series will be Chhota Bheem Rush, a game that's unapologetically inspired by Subway Surfers.

And with Kiloo and SYBO's auto-runner second only to Candy Crush in the Indian downloads chart for the App Store and Google Play combined in Q2 2016, you can see why.

“We probably have the closest playable version of Subway Surfers, but we also decided to do content that's very local, very specific to every city in India - which nobody else has even attempted,” explains John.

“The idea is to showcase the good parts of India. Nobody does justice to it. India is so diverse, so beautiful, but nobody's actually spending time drawing all of that art.”

This branded, India-first content is just one string to June Software's bow, but John still believes it's hugely important.

“We are a world class games team, we actually cut our teeth in the west, but this is our home advantage,” he declares. “Why would we let that go?

But while the insights from the Indian market have been invaluable - and, in the longer term, potentially lucrative - June Software at present generates most of its revenue from the global market.

In our world, the game designer is Gru and we are all his minions.

June Software was established in 2010. It started out working on educational games via its brand TapToLearn, which has a presence in over 16,000 Schools in the US.

The firm was then selected for the Summer 2012 batch of US-based startup incubator Y Combinator, from which it received more than $1 million in funding.

And in 2014, John and his team began work on more mass-market mobile gaming projects. To do this, it developed its own Minion Engine - so called because of the firm's structure.

“In our world, the game designer is Gru [from Despicable Me] and we are all his minions,” says John.

He adds that the Minion Engine has allowed very fast development times on June Software's projects, as well as being built specifically with real-time multiplayer in mind.

“Today, all games that are getting built are PvP, real-time with eSports capabilities,” he states. “Our engine has both.”

Gunning for the competition

Development at June Software is clearly divided into three internal offices: one for the Chhota Bheem series, one for online FPS MaskGun and one for “Clash of Clans meets Candy Crush”, Toon Squad Neo.

MaskGun has been in development for two years, and is soft-launched in sixteen countries with 600,000 users. It won Game of the Year at the NGF Awards, and is set to go global before 2017.

Interestingly, June is also committing to competitive gaming on mobile with MaskGun, not least with the implementation of a mode allowing users to spectate on other players' matches in VR.

But if there is a competitive gaming boom on mobile, John is confident that his company is “one of the few who have the platform to do it,” at least from a tech standpoint.

The other soft-launched title, Toon Squad Neo, is not the first game to combine a more midcore metagame with casual, match-3 gameplay.

But here the puzzling takes place in a head-on, PvP environment.

However, with an LTV of “about $10 already” and only 5-star reviews, it bodes well.

In fact, such strong figures make it a good candidate for paid UA - an area into which June Software is now moving with more conviction.

“We've got around 66 million installs, and we've probably spent less than half a million dollars getting to that number,” says John.

“But now we understand the reality of the market is paid UA, and we've done that. If a game needs UA, we'll spend on it, but we're very conscious of ROI.”

June Software isn't saving all its innovation for the global market, however. The other Chhota Bheem game in development, Chhota Bheem Up, is a “collaborative vertical platformer”.

This means that it appears much like your average, Doodle Jump-esque game, but with the addition of fallen fellow players you can rescue.

If you get rescued, your next run begins where you left off previously.

“I get a boost, and he gets a boost,” says John. “Together, we can make even higher scores.”

It's a neat idea for sure, but what's more exciting is how it fits into June Software's broader ambitions for social gaming.

“We are working on advanced concepts, like starting or joining a game from inside a chat room,” he reveals.

“We think that's the future - on Facebook, Whatsapp, or another platform - and we want to be one of the first few people to take advantage of it.”

The studio's already making moves in this area. In August, it signed a publishing partnership with San Francisco-based mobile chat platform Tango for its multiplayer racing game Warrior Dash.

And Chhota Bheem Up shows that this kind of integration is something it's actively designing around.

“Think of this game as the perfect fit for integration in chat apps,” John teases.

June Software is a company competing on multiple fronts, then. Indian and global. Real-time PvP and chat-based collaboration.

But it's approaching each with a rare intensity and assuredness that belies the fact it only started developing its own game concepts in 2014.

Given another year, who knows what the studio will have achieved.