"If someone doesn't get the feature we had, I don't think they'd be able to sell more than 100 units"

Catching up with Creative Head Ankush Madad at NGDC 2016 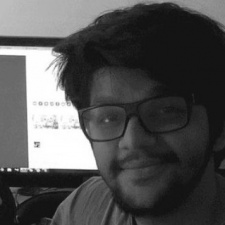 For Dropout Games, so called because its co-founders Ankush Madad and Sujeet Kumar started the studio after quitting game design college, it's the second game after 2015's UNWYND.

But how does Madad - the studio's Creative Head and an Indian Maven - reflect on its performance so far? We caught up with him at NASSCOM Game Developer Conference 2016 to find out.

“[Blyss has been] not as huge as we initially hoped, but almost there,” he tells PocketGamer.biz. “So we're pretty happy with what we have.

“But if someone doesn't get the feature we had, I don't think they'd be able to sell more than 100 units.”

Blyss has only launched on the App Store so far, and Madad suggests that premium games in this market essentially live or die by Apple featuring.

“If you're not able to get the best feature possible, your premium game will eventually fail,” he says.

But it's not always so easy. After all, Madad observes that Apple only features 20 games per week - an even smaller subset of which are premium.

When an average of 792 games are submitted per day, that's a tiny percentage.

And even if your game does get featured, the battle for the user's attention does not stop there.

We had some of the biggest cross-platform premium games launch in the same week.

“For our launch, we had some of the biggest cross-platform [premium] games like Road Not Taken and Severed in the same week,” he reflects.

“People were familiar with them when they launched, and that's the problem that many of the other indies I talk to are facing.”

But despite this stiff competition, Blyss has sold somewhere between 30,000 and 50,000 units.

And to further underline the importance of featuring, around 60% of these purchases came in the first week.

It's a figure that's still slightly shy of Madad's expectations, but has been sufficient for two of the game's four-man development team to officially become Dropout Games studio members.

It was also enough to see the game rank highly in the paid games charts, which suggests that the issues faced by Madad and his team are happening across the board in premium.

“We reached top 50 in the US, we were number one in many countries, and this was the result we got… the market is becoming more and more unpredictable.”

To deal with this, Dropout Games has a couple of ideas. The first is to build games that work across platforms, launching first on PC and console before coming to iOS.

“That's one of the strategies anyone who's going into the premium section should be thinking about,” says Madad.

Another is to dabble with free-to-play - something it will be doing for the Android version of Blyss, after a publishing deal with Chinese publisher ZPlay.

“We met Zplay at the last Pocket Gamer Connects Bangalore, and I think we'll soon be signing a deal,” he reveals. “They'll be publishing [Blyss] on Google Play and in China.

“I think it's the right choice to make for the market we have. The game is also sort of flexible, so it can swing both ways.

“We already tried premium and we got the result we expected... we also wanted to experiment with the other side.”