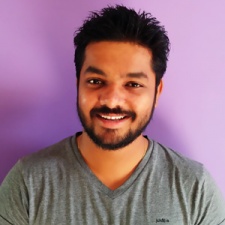 Its soon-to-be-launched title Ultimate Parking Simulator won Upcoming Game of the Year at the NASSCOM Gaming Forum Awards (as partly judged by PocketGamer.biz), as well as coming in as First Runner-Up at the Gamesbond pitch event.

This should give the studio confidence as it applies its final touches to the game, capping off what has been a vintage year for its development.

In July, UnderDOGS Studio received investment from digital platform firm Intelli Reboot Digital, who acquired a significant stake in the company as part of the deal.

And while the exact size of that investment remains undisclosed, it's been enough for the studio to grow from four to 12 members in a matter of months and stop relying on work-for-hire projects.

“We are just focusing on our own games,” CEO and Founder Vaibhav Chavan tells PocketGamer.biz at the NASSCOM Game Developer Conference.

“It's a lot of wasted time to do some other work where you don't have ownership of those games, and the concepts you get from other people aren't that inspiring at all.”

This freedom has allowed the studio to increase its intensity, now pursuing a strategy of developing games for the global and Indian audiences simultaneously.

For India, Chavan explains that the priority right now is simply “to build a user base”.

Hardly anyone is talking about the core, basic things that every startup should focus on.

To do this, UnderDOGS will be maintaining a schedule of around 10 to 12 India-specific games per year.

“It builds a bit of a reputation and user base that we can use later,” he explains. “We can't just come up with a big game [in this market] without being there in their good books.”

Stars in their eyes

Alongside this, the firm has two more intensive projects for the global market in the works.

These will be “big games with around six or seven months of development time”.

The first is the aforementioned Ultimate Parking Simulator (due by the end of 2016), and the other is an as-yet unnamed resource management game with a nightclub theme, set to launch in by March 2017.

The thinking behind the nightclub theme is that the firm's investor Intelli Reboot Digital has “a big roster of around 40 celebrities from India - all the actors etc”.

“Before, we wouldn't even know how to speak with these guys,” reflects Chavan. “Now, it's easy for us… we have the opportunity to bring them on later.”

But having founded UnderDOGS as a one-man studio in 2011, after previous stints in game design and programming at Indian studios such as Indiagames (now Disney) and Games2win, Chavan's other priority is to stop others making the mistakes he's made.

Indeed, his talk at the conference concerned what he calls “the indie's road to funding”. And while there's a plethora of higher level guidance out there, Chavan believes some lack the basics.

“There is hardly anyone talking about the really core, basic things that every entrepreneur or founder of a startup should focus on,” he considers.

“Starting from: do I really need money? In India, there is a trend where people see other people taking funding and they try to imitate the same thing - without seeing if they really need it."

He adds that self-funding should be the first port of call - and if you're unwilling to invest in yourself, you should consider why that is.

“If you are not confident in your idea, why are you looking for an investor?” he questions.

Another point Chavan is keen to hammer home is that funding should not be taken lightly.

People think funding is a simple task, but it's not.

“Consider you are a co-founder of a studio, and you are a programmer also… you can't focus on raising funds, because in a lot of cases that's a full-time job in itself.”

Chavan himself admits that UnderDOGS' road to funding was somewhat longer than it needed to be, thanks to a simple error.

“I just wanted an angel to invest in my company, but I was talking to VCs which was the wrong thing,” he recalls.

“I spent about a year talking to all the big VCs from India, and eventually at the end of the year I realised I was doing something wrong.

“When I learned that, it became very easy for me… I met a few good people who had the same vision as me, and it took me around a month to seal the whole thing.”

Another kind of unity

If there was more dialogue between game developers in India, could more of these simple errors be avoided for the mutual good of the industry? Chavan suggests so, and admits it's a source of frustration.

“The biggest thing about the Indian indie community that differentiates it from the community in Finland or Sweden is that developers internally are not very supportive or co-operative to each other,” he reasons.

“Everybody is trying to win a race, but they want to win it alone. There is a problem here.”

The government is definitely not very supportive.

Chavan even took it upon himself to try and change this by creating an online group for Indian game developers to talk shop - but found that most were loath to engage with it.

There are higher-level obstacles, too.

“The government is definitely not very supportive,” he says. “But even the people, the parents - they don't consider gaming as a career.

“The Hyderabad government is ahead, because they have done a lot of things in gaming including building a gaming hub. But in other states, it's not as well-supported.”

With this in mind, it's easy to see why an indie developer in India would call itself UnderDOGS.

But as a bumper 2016 for the firm draws to a close, with two global launches mere months away, Chavan and his team will feel confident they can beat the odds.