From Lithuania to India: The making of Chhota Bheem Speed Racing

How a Lithuanian studio topped charts in India 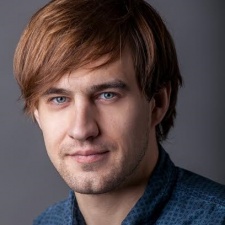 Chhota Bheem is a popular cartoon character in India, and increasingly the star of the country's mobile game market.

Chhota Bheem Race became the first Indian-developed game to top the Indian Google Play charts back in November 2015, and the IP has been a key one for publisher Nazara Games ever since.

This too topped the Indian charts, surpassing one million downloads and hitting 500,000 daily active users soon after its launch.

But what's it like developing mobile games for India, with all its specific challenges, from as far afield as Lithuania? To find out, PocketGamer.biz reached out to Tiny Lab Productions CEO Jonas Abromaitis.

PocketGamer.biz: When did the opportunity to work with Nazara on a game for the Indian market first present itself?

We had a nice short intro and a common project sounded like a good idea.

Did you know anything previously of the Indian mobile games market or Chhota Bheem? How did you go about researching them?

India was always one of the top countries if we rank them by active players through our current games. We had lots of players from there but we always had trouble monetising them.

We had lots of players from India but we always had trouble monetising them.

So this new partnership seemed a good way to know something more about one of our top geos.

Chhota Bheem has been involved in many mobile hits in India, each of them different. Why did you decide that a driving theme would be ideal for this one?

Well, we are dominating the kids racing game genre, and through the last four years we have gained a lot of knowledge about racing games for kids.

With India's wireless infrastructure less developed, keeping a low file size is especially important. What was your approach to keeping the size down, and was it a struggle fitting everything in?

Yes, we had to cut the amount of assets and sounds to fit the low size. But our creative artists and level designers managed to combine same assets to generate lots of different objects.

Instead of drawing big houses, our artists drew small pieces of it and level designers combined small textures to build big and different houses.

Also, we used special techniques to create good-looking environments while using stuff that can be reused and does not require a large file size.

Meanwhile, sound artists had to adapt this whole size-saving mood as well.

How did you ensure that Chhota Bheem Speed Racing got the cultural nuances right, even from another country? Did Nazara help with this?

We got some help from Nazara, and our game designers watched lots of the Chhota Bheem TV series.

We had to ensure we got the cultural nuances from the TV series.

Our team members were singing "Bheem, Bheem, Chhota Bheem...." all the time while we developed this. Not on purpose, just because it was in our heads!

We even had an Indian lunch in the office to celebrate the successful game launch.

How did Tiny Lab and Nazara keep in contact throughout development?

It was very good - we had weekly calls with the involved guys from Nazara, we understood each other pretty well, and were always on the same page.

They know what they are doing, and they left us a decent amount of control over the things that we are good at.

How big was the team on Chhota Bheem Speed Racing and how long was the total development time?

Hard to say - we had multiple deadlines, so we had to drop more people on Chhota Bheem some times and then we had only one or two guys working on the game when only some small changes were needed.

But in total, I think 15 to 20 guys and gals (almost our full team) were involved and in total it took four to five months (if we don't include the negotiation/game design document preparation phase).

Saving the file size. This was always brought up-front.

And also, how to make the game playable by wide demographics. Chhota Bheem works the best for kids, but we don't want 10 to 15-year-olds to say "this game is too easy".

At the same time we want a three to five-year-old kid to be able to play our game.

Yes, we are glad that people liked the game, but we see space for improvements.

We were the number one game on India's Google Play store for roughly one week.

We got featured by Google, we were the number one game on India's Google Play store for roughly one week, while retention and session length indicates that players want to play more once they install the game - so we are in a good mood.

We already pushed an update with better controls and some other changes after taking into account the feedback that we got from the players in Google Play.

The main initial stats were shared with the post from Nazara.

Our daily downloads and active users are not as big as it used to be during the whole featuring / launch period, but we still see a big and growing user base.

With constant updates and improvements, we plan to keep growing and claim a stable top game position in Google Play.

From your experience with Chhota Bheem Speed Racing, how big is the opportunity for Western developers to target India? Is it something you can see yourself doing again?

We launch games every week ourselves right now, each of these games are being promoted in all countries through our current players and we never had such a powerful launch in any geo ever.

Having a strong IP and a great partner is the way to explode in the Indian mobile games market. Either way, strong localisation (in a sense of game design) is also needed.

More work, lots of updates and trying to make every player happy. We will work further to add more features and improvements while Nazara forces will analyse deeply the impact of all the changes.

There is always some space for improvements. And once you are close to the top, every detail matters.