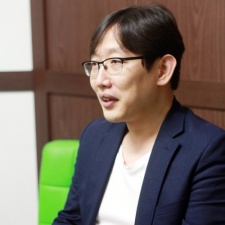 Today we have 50-person development company Ekkorr. Founded seven years ago, the studio started out in casual games development and landed its first hit in what it terms 'casual-RPG', Endless Frontier.

Despite being a relatively small team compared to many of its local counterparts, the team's flagship title is a top 50 grosser in South Korea's highly competitive market.

To find out more about Ekkorr's beginning's and where it's heading to next, we spoke to its CEO Myeong Yong Shin.

PocketGamer.biz: Could you explain a bit about your company and what it does? And how many people do you employ?

Myeong Yong Shin: When the company was established in November 2011, we started our business based on casual games.

With Endless Frontier, which has been downloaded over 20 million times and with a total revenue of $60 million, we have proven ourselves to players worldwide.

And we are strengthening our position as a professional casual-RPG development and services company.

Since the foundation, the company had only a single project team for Endless Frontier, until 2017.

But in 2018 we have recruited many talented people who are full of personality to organise two additional project teams.

And the teams are developing new content that will provide a different user experience, but continuing in the spirit of Endless Frontier.

What challenges do you face as a South Korean games studio?

We have to, and we want to, make attractive games that provide users with fun for the long-term, and support a game-life balance.

Metal Slug Frontier, our new game. is scheduled to be released in Q4 2018.

Our goal is to provide a stable, global and one-build service to be downloaded over 50 million times worldwide.

By achieving this goal, we want all the users around the world to know that Ekkorr is a company that makes good mobile RPG games.

We have a flexible organisational culture that allows for the free exchange of opinions.

The dev team members have the high understanding of how to operate the game and are deeply interested in game management, marketing and service planning.

So we share ideas in a free atmosphere, regardless of time and place.

How the Busan Indie Connect Festival is connecting developers with consumers

What's up with the South Korean games market?