Jobs in Games: Florence composer Kevin Penkin on how to get a job creating music for games

"Music isn’t black magic! It’s just like any other craft where it takes hours and hours of (sometimes) pain-staking work to get what you want to say just right" 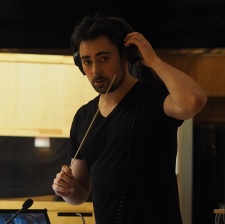 Kevin Penkin: I’m a composer for video games and anime. I’ve been doing that job professionally, starting with games since 2011.

How did you first get into writing music for games and how did you progress into the role?

I remember playing a few key games at an early age that ignited my passion to write for video games.

I would actually really recommend finding your own path in regards to study.

Since those early games were all from Nintendo, I immersed myself in Japanese culture as well. This led me to finding a desire to write for anime.

Over a number of years, I worked on some smaller games that eventually resulted in a few key projects that really changed my life. Those projects were Defender’s Quest, Norn9 and Florence.

Regarding games, actually yes. Indie games were taking off at the time and I had some close friends who were already doing it, so it felt achievable.

Anime was a little bit more complicated because it was very alien to me. It seemed more distant as an industry, so it took more time. I didn’t know if it was going to be achievable.

What did you study (if anything) to get your role? What courses would you advice for aspiring professionals in the area?

I would actually really recommend finding your own path in regards to study. What I mean by this is that while formal education can be incredibly useful in terms of broadening your creativity and technique in a formal setting, it isn’t going to be the right thing for everyone.

I don’t mind if someone has a positive or negative reaction to my music. As long as it’s profound, I feel like I’ve done my job.

Some people are completely self-taught, some go through an apprenticeship, or something else. Going to college did really help me personally, but I would always recommend that someone finds the right method of study for themselves. Even if that means a little trial and error.

I actually love the reaction from people playing a game or watching a show that I’ve contributed to. This might be a little cynical, but I don’t mind if someone has a positive or negative reaction to my music. As long as it’s profound, I feel like I’ve done my job.

Music isn’t black magic! It’s just like any other craft where it takes hours and hours of, sometimes, pain-staking work to get what you want to say just right. It also costs a lot to get right sometimes.

I’m sure this is universal, but speaking specifically about young composers, I wish everyone was more patient when starting out.

Everyone is so keen to work, which is not a bad thing. It’s actually a fantastic quality to have. But it’s important to give yourself time to develop and grow as an individual.

That is, at least, what I would tell my younger self if I had the chance. Because I was too impatient at times.

Speaking as someone who's incredibly passionate about music and their job, I don’t think anything is worth sacrificing your quality of life for. At least for too long. At times, we’ll work so hard that we’ll suffer for it. I can accept that, that comes with the territory.

But I think pushing too hard for too long, especially in an environment you’re unhappy with, will eventually erode your passion for the craft.

Finding a balance between a lifestyle your content with and putting yourself through the mud in order to further your ambitions is difficult. It shouldn’t be impossible though.

I am projecting my personal approach into this answer, but I do believe that any life spent achieving something without enjoying the time in-between can’t be as fun as it should be. I wouldn’t recommend it.

Want more on Florence? We spoke with developer Ken Wong on creating the indie-darling.

You can find out about indie developmentin mobile at Pocket Gamer Connects Seattle on May 13th to 14th.

Jobs in Games: Voodoo's Sophie Vo on the misconceptions of being a game lead