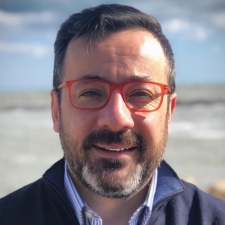 A lot can change in a decade. Take the Middle East for example. The mobile games scene barely existed at the end of the 2000s, yet now we move to the end of the 2010s it’s not only grown substantially but the region has become a real contender for developers' attention.

Seemingly on an upward trajectory, the Iranian market has seen huge growth in 2017, with the number of users for Android platform Café Bazaar increasing by 270 per cent. Come to the end of 2018, the number of active players had jumped to 37 million. Not bad for a country that houses a little over double that amount.

Jordan-based mobile game studio Maysalward is one developer that lives and breathes the region on a daily basis, witnessing it grow from nothing. Launched in 2003 as the region’s first mobile dedicated studio, the firm has focused on publishing original and licensed intellectual property such as King of Thieves and the Cut the Rope series, as well as developing popular releases like Game of Warriors.

Investing in youth has been a big part of the Maysalward’s initiative, with employees from the company attending schools and seminars to educate children about the games industry and its opportunities.

Not only this but diversification in Jordan's games industry has been at the forefront of the conversation. Encouraging signs were shown at last years Jordan Gaming Summit which recorded 50 per cent of attendees as female. That conference has now become Pocket Gamer Connects MENA, which will take place on November 2nd and 3rd.

The MENA video games market has a 25 per cent year-on-year growth with the largest youth population in the world.

Speaking to PocketGamer.biz, Maysalward founder and CEO Nour Khrais - who will be a speaker at Pocket Gamer Connects Seattle on May 13th to 14th - said that the video games market in the Middle East is on the rise, with the youth in the region seen as the main demographic for publishers.

“The MENA video games market has a 25 per cent year-on-year growth with the largest youth population in the world, with more than half of residents under the age of 25,” explains Khrais. "This creates a great opportunity for publishing more mobile games in the region.

“A more than 100 per cent penetration rate of mobile phones and the rapid expansion of smartphones in the region gives mobile games a leading position over other video games.”

Khrais confirms that like Europe, Asia and the US, Fortnite and PUBG dominated much of the conversation in 2018. This was again because of the region’s youth making up the numbers. A big part of the pull for this generation was due to the game’s “quality and collaborative social features” available on users’ smartphones, according to Khrais.

Mobile gamers follow popular global trends and they want the best even if the game isn’t fully localised.

Moving forward over the next few years, the Maysalward CEO believes online social games will play a big part in the games industry as other technologies are introduced.

“The Middle East market is a key player in the mobile industry, with the telecom operators always adapting the latest technologies,” says Khrais.

“Mixed reality, and in both its native formats AR and VR, will have a say in the region as young players love to explore the latest in technology.”

Maysalward is currently working on a new update for its underwater arcade title Puff Out, while planning on releasing a new range of hyper-casual games in May 2019. When speaking on how other developers could crack this market, Khrais says it’s now no different to anywhere else on the planet.

“The opportunity is real and not complex,” he states. “Don’t hesitate to start building your plans for the MENA market. Mobile gamers follow popular global trends and they want the best even if the game isn’t fully localised.”

While the Middle East does seem to be following most “global trends”, embracing more Western releases than ever before, diversification in the industry continues to be strong in the region.

For instance, studies have shown that more women in Saudi Arabia play games on the go than men. However, men from Egypt and the United Arab Emirates edge out women, showing just how diverse the player base is.
Indie developers changed the paradigm

Khrais believes the biggest change in the region originated from the establishment of indie games developers.

“Being part of the app store revolution created the indie developer’s scene in the region, where 10 years ago operators controlling the distribution channels demanded working with structured companies,” says Khrais.

“Beyond the normal end user, the region is adapting more gamification at different levels, as we can see it in governments, health institutes, retail brands and more and more every day.”

As interest for games continues to increase, further opportunities are being created, giving esports a presence – something that was unimaginable not too long ago. With Khrais growing up playing systems like the Atari 2600 and Game & Watch, he is amazed at how far his country has come.

“Esports is growing too and official sport federations are being created in the region,” he says. “So, it’s gone from a region with doubts about gaming 10 years ago to a huge believer in its future.”

Nous Khrais will be attending Pocket Gamer Connects from May 13th to 14th where he will be discussing the opportunities available in the MENA region and how developers can take advantage.