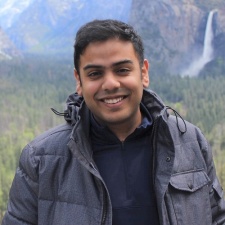 This week, we spoke to Pocket Gems product manager Nihit Sinha about growing up in India, how games are not taken seriously in certain cultures and what more needs to be done by hiring and senior managers to address the lack of diversity.

My role involves planning high-level strategy and vision for the game and working with cross-functional teams across all disciplines to bring that vision to life alongside shipping delightful game experiences. It’s a fun and exciting role that allows me to wear multiple hats - and no two days are ever the same for me.

If you’re passionate about games, that’s already half the job done.

I have always found games to be the most immersive experience out there. As a kid growing up in India, I would spend countless hours getting lost in video games and thinking about how these virtual worlds became so alive.

At the age of 12, I decided to take matters into my own hands and spent that summer crafting my own video game. It was a 2D platformer titled ‘Spy’, which was then picked up and published by a prominent technology magazine in India. All my friends and family loved playing the game and it made me think about having a career in games someday. However, there were hardly any games studios in India at the time, so I never really considered game development as a career seriously. It always seemed a far-fetched dream.

Cut to many years later and I was interviewing for product roles via grad school when I saw various opportunities in games and realised that my childhood dream wasn’t that far-fetched anymore. A few months later, I found myself in the Pocket Gems office.

If you’re passionate about games, that’s already half the job done. Games are highly cross-functional and require people with many different skills to come together to create one.

I’d recommend that people spend time understanding how games are made and figuring out what parts interest them the most. Some resources I’d recommend are Noclip Video Game Documentaries, GDC Vault, Deconstructor of Fun, and of course, PocketGamer! I’d also encourage people to try making a simple game or recreating a level from an old classic they like.

Most of the learning for my role happened while I was playing video games or watching them being played. Growing up, I didn’t have a console or a games rig, so I would watch or read a ton of game reviews on the internet to satisfy my daily fix of games.

I think industry leaders need to realise how important diversity in thought and perspectives is...

It’s only much later that I realised that I was already learning a lot by watching all these game reviews because they would break a game down and talk in-depth about gameplay and game mechanics, story, art style, graphics, tech, sound etcetera. I also played a lot of game demos (because they were free) and experienced different game genres as a result.

A lot of my learning happened while on the job at Pocket Gems. I personally learn better by doing. With that, all the opportunities building and shipping games have been a great learning experience for me.

I think industry leaders need to realise how important diversity in thought and perspectives is, not only for creative work but also for creating a culture of innovation and generating business results. Hiring managers should actively seek candidates from underrepresented groups, and companies should support that process at every step of the way.

At Pocket Gems, we hire the best talent from all over the world and actively support immigration (work VISA, green card et cetera) to help build a diverse workforce. Every person has their own unique background and experiences and being able to bring all of that together can create magic - if done in an inclusive and strategic way.

The biggest challenge for me was to learn how to succeed in a world that was completely new to me. When I first joined the games industry, my role presented me with difficult and exciting problems to solve but I soon noticed that I didn’t always have all the experience or knowledge my colleagues had. While I was privileged enough to be exposed to games growing up, it was nowhere near what my colleagues had been exposed to.

A lot of the conversations in meetings would have people draw references from game experiences and make assumptions that seemed obvious to everyone else but were completely unknown to me. I quickly realised that I was going to have a steep learning curve. What eventually helped was believing in my abilities and taking concrete steps to adapt to my new environment.

I think part of the challenge is a lack of exposure and access. Although I’ve been lucky to have really supportive parents, there can often be reluctance from communities in encouraging their youth to pursue games as a profession.

Growing up, games were seen as a distraction from academics or a waste of time, and conversations around a career were non-existent for me. As gaming has continued to grow and made its way to becoming mainstream media, so has its awareness. As an industry, it is now our responsibility to build on that momentum, educate people on the opportunities in games and the positives that could come from pursuing them.

Diversity and inclusion need to be a part of a company's core values and something that every employee understands, believes and practices.

Additionally, I think it’s important for companies to create games representing people and storylines of diverse cultural and socioeconomic backgrounds from around the world. This will also go a long way in helping underrepresented communities feel that games are accessible to them.

While recruiters play an important role in addressing the lack of diversity, I think this needs to be first addressed by senior leadership across all industries.

Diversity and inclusion need to be a part of a company's core values and something that every employee understands, believes and practices. If we can create a culture where employees value diversity and inclusion, it is going to be much easier for companies to recruit and retain individuals from diverse backgrounds.

Since the surge in the Black Lives Matters campaign, what changes have you seen from across the industry to address the issue?

The Black Lives Matter movement surfaced conversations that were already happening and brought them into the public dialogue on a broader level.

Since last year, I’ve seen people inside and outside of Pocket Gems make a very serious effort in educating themselves about racial bias, what it means to truly be an ally and how they can make a difference as individuals. The movement is a step in the right direction, but there’s a lot more work we all will need to do before we can see a significant shift in our industry.

Know that your perspective matters, no matter who you are or where you come from. Don’t be afraid to speak up. It’s the unique perspective you carry that will help shape the next generation of games.

Why did Tencent invest a further $90 million into Pocket Gems?