Philip La on moving from Pokémon GO to Axie Infinity

Player ownership, the strength of the Pokémon IP, and Axie Infinity's economy sustainability 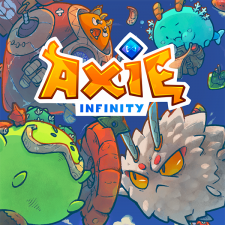 Following his recent move from Pokémon GO product manager at Niantic to Sky Mavis, serving as game product lead for Axie Infinity, Philip La spoke with PocketGamer.biz about moving from one of the world’s most authoritative IP, experimentation within AR and blockchain, and the sustainability of the Axie economy.

PocketGamer.biz: What prompted the move from Niantic to Sky Mavis?

Philip La: I loved my time at Niantic and still believe in a bright future for the AR platform and experiences that will come out of the company. At the same time, once I experienced blockchain gaming for the first time with Axie Infinity in mid-2021, it clicked with me that this is going to be a fundamental paradigm shift in games.

As a lifelong gamer, the feeling of finally owning the assets that I acquire within a game was a radically positive experience. Collective ownership and development of games with both the players and developers is also a fundamental shift that I’ve already seen tremendous value from in my first few days at Sky Mavis, where I’ve had numerous discussions with the community to inform our thinking.

Niantic has also commited significant resources exploring blockchain gaming and the metaverse. What was it about Sky Mavis’ approach that appealed to you?

Sky Mavis is the pioneer and face of blockchain gaming and has already made history with their innovations. I decided the most effective way for me to learn and contribute to blockchain gaming was to join a company that is native to the space and has a track record of shipping quality and successful products.

Was there anything you wish you could have implemented whilst working at Niantic? What direction do you see AR games moving towards?

Getting to work on Pokémon GO was a dream job given my love for the franchise, and there are tons more features I would have liked to work on and implement. Building out more experiences that connected gameplay to the real world in unique ways is a key area that I would have liked to dive further into. For example, making different PokéStops meaningful to the game progression depending on if it’s a statue, restaurant, park, museum, or stadium.

I think there is still a lot of experimentation and innovation to happen in the AR gaming space to figure out what works. Pokémon GO had a unique combination of factors that contributed to its massive success. Many other games trying to skin its mechanics with a different IP won’t work. I expect to see a lot more unique game mechanics to come out with AR games that cater to different types of player motivations, especially as the underlying technology evolves in tandem.

What do you think are the core challenges faced by mobile gaming that blockchain is best to resolve?

Blockchain has value not just for mobile gaming, but the gaming industry as a whole. Game developers currently take all the profits and have limited involvement from the community in shaping their game experiences. Having players involved in designing the game doesn’t make sense with traditional models because player incentives are not necessarily aligned, game developers may be trying to extract more revenue while players just want to have more fun and get cool stuff in the game.

Blockchain allows for alignment of those incentives, since players can have skin in the game by owning assets, and players can relate to why developers need to balance the economy in a certain way so the ecosystem can thrive as a whole, which benefits both players as well as the developers.

You’ve outlined early directions at Sky Mavis on social media, including the Builder Program and conversations around pay-to-win. What other directions are you exploring?

Given we are a startup, I’ll be helping out with a lot of different areas of the company. Key areas include managing the economy, driving Land/Origin game development, and determining overall game roadmaps.

I can share one other particular area I’m exploring currently, which is Collection. With my background in Pokémon, it’s probably not surprising that I’ve been thinking about Collection mechanics as well and how we can make it more fun and interesting to collect a variety of Axies.

The sustainability of Axie Infinity is a recurring topic that is frequently extrapolated to represent that of blockchain and NFT gaming. What are your thoughts on said sustainability?

Coming from traditional games and experience with managing game economies, the sustainability of Axie is simply a function of balancing an economy and providing fundamental value as a game. It actually doesn’t have that much to do with it being a blockchain game or not.

For a given economy, there needs to be balanced sources and sinks to maintain its health. The sinks are driven by players’ desires to acquire various assets or achieve particular goals. Blockchain or non-blockchain games need to provide sufficiently fun and meaningful gameplay for players to want to sink resources to reach those for intrinsically satisfying motivations.

That will be a focus for how I approach the game design and development at Sky Mavis. This type of motivation was shown in droves recently as players released over a hundred thousand of their Axies in Sky Mavis purely to gain exclusive, beautiful, and unique cosmetics that they will be able to show-off and have in their collections.

What do you see from competitors – gaming or otherwise – that you think should be widely implemented across blockchain gaming?

There is a lot of amazing work being done in the blockchain gaming space. There aren’t any specific tactics that I would point to that all games should implement as every game is unique, but I believe focusing on just providing intrinsic value and fun should be the core focus, with the economic and financialisation components being a result of delivering real value.

This is a tough question. I think acceptance of blockchain overall will happen gradually over the long-term, especially as the younger generations are more interested in ownership of digital assets. We don’t need to convince every person to buy-in to blockchain to have a successful and growing industry, but growth will happen organically over time through people who experience the fundamental value and are able to bring on others.