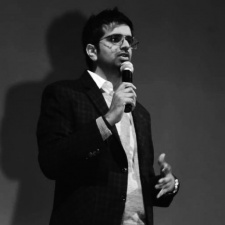 Today, we're speaking to Dipender Kaushik from Dunali Games, who created and pitched Tale of Honour, at The Digital Big Indie Pitch #17 (Mobile Edition) and walked away as the winner.

Dipender Kaushik: I am a Programmer with over a decade of programming experience. At Dunali Games we have been making games for a little over 2 years. We have been doing various types of projects and games to sustain our studio while keeping Tale of Honour as our studio-defining game, under development in parallel for about a year now. Our team consists of:

Can you tell us about Tale of Honour that you pitched at the competition?

Tale of Honour is a real-time chess puzzler. We started from what is familiar, i.e., the chess pieces and their rules of movement, and then took it to the unknown, changing the rules of engagement from turn-based to real-time, making TOH (Tale of Honour) one of a kind.

Here you play as a single chess piece that has the ability to turn into other pieces and solve puzzles. The levels are small areas in the form of chess boards of various sizes, and the player needs to sneak around patrolling enemy pieces that move and kill in real-time. And to make things more interesting there are a lot of special abilities, that player gets access to, which are strategic in nature and they allow the manipulation of the board to the player's advantage. Then, to balance the scales we have some powers in store for the "Evil Army" too. Also, Tale of Honour is one of those few puzzle games that have boss fights. And doing the boss battles on the field of chess is something to look forward to.

What do you think are the most unique and interesting aspects of Tale of Honour that players may never have seen before?

While there are many variations in chess-inspired games, in the end, all those games are turn-based strategy games. Tale of Honour however has broken through that and dared to be a real-time game. What that means, is that the enemies do not wait for the player to finish their turn. The best way to put it together is, Tale of Honour is a game where chess meets stealth. Players need to plan and time their moves, while walking in the shadows of the enemies and attack them from the dark, i.e., outside their kill/move zones. And unlike other chess games here player does not control a set of pieces, there is only 1 player piece on the board at a time.

Tale of Honour is a real-time Chess puzzler. What made you choose this genre, and what do you think you bring to it that may not have been seen before?

Puzzles are a great way to spend time with mobile devices. Some of the most successful and most played games on any mobile app store are puzzlers. They are relaxing and can keep players engaged for a long time. And the new take on the centuries-old game of chess is what we bring to the genre and we are hopeful that it will interest a lot of players out there.

How did you come to choose the platforms that you would develop Tale of Honour for?

We decided to go for mobile because puzzle games do well on this platform. But as our game is around chess and there are a lot of chess enthusiasts on PC, we decided to go over there too. So TOH is cross-platform and is being made to release on both, mobile and PC.

It is hard. There is no sugar coating it. The most difficult aspect of the business is to stay long enough in business and while you are struggling for survival you also have to continue making progress so that when the opportunities come your way, you should be ready for them.

What are your tips and advice for an independent developer just starting out?

I think it's too soon for us to be handing out advice but if I have to share something then it's simply that, treat this as a business. Yes, we developers are passionate about our projects. But at the end of the day, running a game dev studio is a business, so focus on that, and try to make some revenue streams while you are working on your dream project. That's what we are trying to do.

It was absolutely amazing. I never did back-to-back pitches and it felt really odd in the beginning but by the end of it, I realised it helped me a lot. While pitching so quickly I realised what are the most important parts of my pitch.

The most important thing was the feedback of the judges. As not a lot of people have seen this game, getting positive feedback from industry veterans is a big confidence booster for us. The judges' questions and advice made me introspect and it reflected things that I was not earlier looking at. Thus, the expansion of my overall vision of my project is one of the best things that came out of it. And, also getting written about us on your platform is something wonderful and we hope it will help us make some noise out there.

Like every other Indie out there, we too hope that our game will be liked by a lot of people and it turns out to be a great success. Tale of Honour is a foundation game for our studio and thus extremely important for us. We have more projects in the pipeline, but as we are a small team we have to take things cautiously, so new projects will take some time to brew, mostly depending upon the success of Tale of Honour.