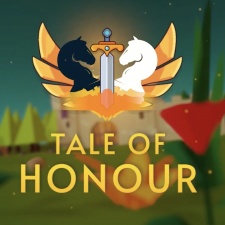 We may be back on the road again, but that doesn't mean our digital pitches are going anywhere. In fact, we have a number of them planned for 2022, as our digital pitches have allowed us to highlight an ever-increasing range of diverse brand new gaming experiences from some of the world's most exciting indie developers.

Most recently, we hosted our July Digital Big Indie Pitch (Mobile Edition) #17, in part due to the overwhelming talent coming from indie developers!

This time, we saw even more exciting and interesting indie developers pitch their latest works to some of our most established judges and journalists, with 11 battling it out for the crown. The competition was incredibly tough, but in the end, the judges were able to select a top three, and within that, one winner. An award that was awarded to Tale of Honour by Dunali Games.

Of course, Tale of Honour, as you already know, was the winner, but if you want to learn more about not onlyTale of Honour but also our runners-up from The Digital Big Indie Pitch (Mobile Edition) #17, then simply read on.

Tale of Honour is a game where chess meets stealth as players have to not only plan their next move but also time them to perfection. Described by developer Dunali Games as a real-time chess puzzler, the game features not only classic chess gameplay that is loved all over the world, but also customizable chess pieces, a range of unique abilities and multiple battlegrounds.

For a brief glimpse at how all this works readers can check out the video below. Needless to say though, this is one game that the judges believe everyone should keep an eye on, as it not only taps into one of the most loved games of all time, but it does so by adding a number of unique twists.

2nd Place - SumPop Online by We Are Rising Interactive

SumPop Online is a social maths game in which players are given a target number alongside an array of digits and mathematical signs that must be used in order to create the target number. Of course, as players get used to the game the challenge will continue to increase, with players presented with four difficulty levels alongside an endless mode for those that like the challenge to keep going until they can't give anymore.

Players can also enjoy this game in a social environment too, as the game also features the ability to either play against friends or form a team and take on the competition together. Even better, for those interested, the game is already available for web browsers right now, with iOS and Android available soon.

In this spaceship racing, game players must jump into the cockpit before racing their way to victory through a diverse range of geometrically designed levels. Sounds simple right? Well as you might expect, winning is not quite as simple as it may initially seem.

In order to avoid the obstacles in your way, players have to click on the obstacles to move them, and in turn, constantly change direction to avoid colliding with the last manipulated obstacle. As you can imagine, not only does this add a really unique element to the gameplay, but it also means that players will have to use all of their quick thinking and reflexes if they want to end the race on top of the podium.

Next up is during nearby Gamescom on August 24th.