As many as 50 staff could be affected 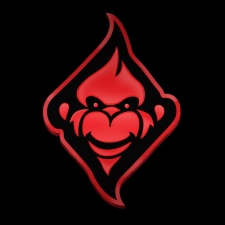 EA has laid off a large number of staff at its Australia studio Firemonkeys as it shifts studio's focus to live services.

While the exact number is not confirmed, Games Workers Unite Australia, which is calling for unionisation of the games industry, pegs the figure at between 40 and 50 redundancies. The studio is believed to have housed around 200 staff.

If the number of layoffs speculated is accurate, the group claims it would represent five per cent of the entire Australian games development sector.

Kotaku reports that upcoming title Real Racing 4 has been cancelled and remaining staff have been put on titles such as The Sims Mobile as the team moves to focus on live services.

According to one employee, there’s an assumption amongst staff that the entire office will close down in future.

A statement from an EA spokesperson said the studio continues to work on titles such as Need for Speed: No Limits, Real Racing 3 and The Sims FreePlay - the latter being one of EA's more successful mobile titles.

“The FireMonkeys studio is working on some of our most popular mobile games,” read a statement.

“We recently made a decision to shift teams to focus more on our live services, and have entered into a consultation period that may impact some roles in the studio.

“We’re working to match skills with opportunities as we go through this period, identifying other opportunities at EA, and providing as much help to our employees as we possibly can.”

The news is a blow to an Australian games industry that has been experiencing somewhat of a resurgence in recent times. We recently caught up with a number of the sector's leading lights on the the industry's recovery.