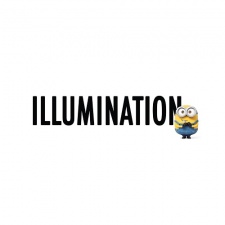 Update: Illumination CEO Chris Meledandri has today officially joined Nintendo's board as an outside director.

The move was announced at the beginning of May and will see Meledandri step into the role, while also producing the Super Mario animated movie alongside Shigeru Miyamoto. The film is scheduled to launch in 2022

Original Story: Nintendo has appointed Illumination animated studios CEO Chris Meledandri as an outside director at the company.

The job confirmation was announced via the company's financial results and will come into effect on June 29th later this year, upon approval at its annual shareholder's meeting.

Nintendo already possesses three other outside directors, something that is a requirement of public companies, however, Meledandri is the first from the West.

Melandri founded Illumination (formerly Illumination Entertainment) in 2007 and has gone on to produce the Despicable Me and The Secret Life of Pets franchises.

The former of which has grossed more than $3.7 billion at the box office alone.

This move comes after Nintendo president Shuntaro Furukawa spoke about the possibility of further franchises outside of the upcoming Mario animated movie - being produced by Illumination - receiving their own projects.

The Mario movie was announced in 2018 and is scheduled to release in cinemas sometime in 2022, with co-financing coming from Nintendo and Universal Pictures. The latter will also distribute the movie for theatrical release worldwide.

Alongside the new hire, Nintendo also revealed that the hardware sales of the Nintendo Switch have now reached 84.59 million total units and Animal Crossing: New Horizons shipped 20.85 million across the 12 month period.