FIFA, Need for Speed and Battlefield on the cards 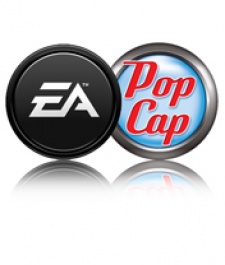 EA/PopCap's Plants vs. Zombies 2 has been successful in China thanks to its release on Tencent's fast-growing WeChat games platform.

And even games such as Heroes of Dragon Age have found their way into the Chinese App Store top 50 top grossing chart without any overt culturalisation.

The company is looking to do much more in the territory, however, and that's where PopCap's Shanghai office comes into play.

Talking to GamesInAsia, its general manager Leo Lin says that it will take the lead in bringing EA Mobile's top franchises to China in the FY14-15 financial year, starting 1 April.

"Our job is first to filter opportunities, then put a team together to make it work in China," he said.

It's expected the studio will pick a handful of titles to work on, with franchises such as FIFA, Need for Speed and Battlefield highlighted.