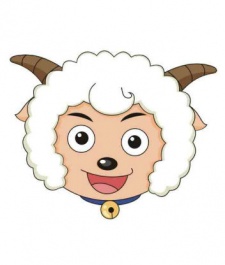 At Chukong Technologies, Lei runs international business development and is responsible for the company’s mobile game publishing business in America and Europe. He was the co-founder of Yeeyan, a social-translations startup.

Prior to Yeeyan, Lei held engineering, management and product management responsibilities at other Silicon Valley technologies companies, including Oracle, AOL, and Yahoo.

There's no point making a Western game for a Chinese market.

That's the main thrust of the talk given at Pocket Gamer Connects by Lei Zhang and Yumiao Lu from ATH Studios.

The duo give an intriguing blow-by-blow acccount of the process of getting Where's My Water to China in the shape of Where's My XiYangYang?

The game takes the basic elements of Disney's water-shifting physics puzzler, but wraps it up within a culturally shifted aesthetic starring "China's Mickey Mouse" XiYangYang.

XiYangYang has featured in more than a thousand cartoons since 2001, and appears in at least a couple of animated feature films every couple of years.

But tailoring the experience for a Chinese audience isn't as simple as adding a different cultural icon to lap up the fluids you're redirecting.

Instead ATH worked closely with Disney, reshaping the experience specifically to appeal to a Chinese market.

So levels are based on Chinese holidays, power-ups are built around XiYangYang's vast cast of supporting characters, and the game's currency is based on a popular prop from the cartoons.

But there's more to the process that just tailoring the game experience to the local audience, local distribution is key too.

At one launch event Where's My XiYangYang? was presented in a mall alonngside a popular TV game show, to a crowd of more than 40,000.

That's the sort of draw that a culturally Westernised game just wouldn't get.

On top of that, Where's My XiYangYang? extends the four key meters of story, social, play, and payment model from the previous entrants in the series, working closely with the team from Disney who made the original.

The end result is a game that fits into its desired market, while still continuing the traditions started in the first iterations of the series.

"A great game isn't the end of the story," said Yumiao Lu, but while ATH couldn't confirm how well the game had done, they did reveal it carried on the "legendary performance".

In China, the other engines are still playing catch up with Cocos2d, says Chukong

Reply
Alistair Aitcheson
Looks like it. Frustrating, as I'm quite keen to give it a whirl!
Posted 6 years, 9 months ago

Reply
jon jordan
I think it's China only

Reply
Alistair Aitcheson
Wow, that's fascinating. I've looked for it on Google Play and the App Store and it doesn't seem to be available in the UK, which is a real shame - I'd love to be able to see the changes in action!
Posted 6 years, 9 months ago