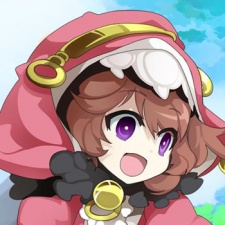 Updated: Yes, we mixed up LTV with ARPPU. Now corrected.

Demonstrating the massive per user revenues that the top Japanese mobile games can generate, Marvelous (TYO:7844) and Aiming (TYO:3911) has announced their MMORPG Logres of Swords and Sorcery has hit seven million downloads.

This is up from six million downloads announced in April 2015.

It's a solid number given it's a Japanese-only game, but in a global ecoystem where many games can generate over 50 million downloads, it's clear that Logres of Swords and Sorcery's top grossing status in Japan is driven by very high LifeTime Value per individual player rather than mass appeal.

While most western games (perhaps with the exception of Game of War) have LTV in the tens of dollars, top Asian games have LTVs of multiple hundreds of dollars - something recently pointed out by Marvelous' Harry Holmwood, who said Logres' ARPPU was more than $200 per month.

Of course, publisher Marvelous and developer Aiming are still keen to grab more downloads to convert into high LTV users.

So with that in mind they've been ramping up their marketing during September with a nationalwide TV commercial running in Japan, alongside billboard advertising at Tokyo's famous Shibuya railway station, amongst other locations.