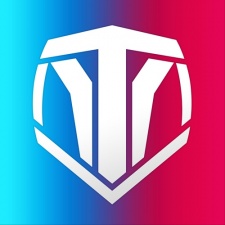 Mobile games developer and publisher Glu Mobile has soft-launched a brand new IP in the Philippines.

Titan World is a strategic turn-based battle game that uses an “active” battle system with players going head-to-head to achieve victory by destroying the other’s base. The game also holds a competitive element with an in-game league called the Titan league.

It looks to be a departure from Glu Mobile’s more recent genre fancies, with the San Francisco-based studio more renowned for titles like Design Home, Restaurant Dash and Kim Kardashian: Hollywood.

Titan World is a part of a new line-up of titles that Glu Mobile hopes will help guide the company to its first profitable quarter since 2015. Other new games include the already soft-launched WWE Universe, a new Dash game called Dash Town that is set to release later this year, and a foray into the social casino market with as yet unannounced titles.

The soft-launch also follows on from Glu Mobile announcing a partnership with Disney to develop a new mobile game which will use characters from both Disney and Pixar. Glu Mobile senior vice president and creative leader Mike Olsen is on board to lead the project.