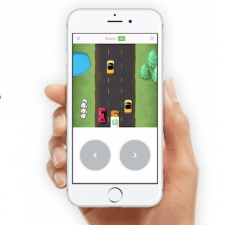 Social gaming platform Gamee has teamed up with Tokyo-based commerce company Rakuten to launch a chat extension with over 70 games on their social app Viber.

Gamee’s chat extension will allow Viber users to jump into their games while in conversations with friends. Early results have been promising, with an average of 34 gameplays per day - 30 per cent above average - along with an average session time of 20 minutes.

The decision was taken to launch the chat extension after a global decline of in-app downloads among smartphone users. According to a report by ComScore MobiLens, the majority of mobile users do not download any new apps over the course of an average month, but do spend more time in apps they own.

“We are thrilled to bring our chat extensions to Viber’s platform,” said Gamee CEO Bozena Rezab.

“As one of the biggest messaging apps with 1 billion users, we are confident that this new alignment will make our gaming experience even more accessible to gamers of all levels across the globe.”

Gamee managed to score $2.15 million in a funding round last year in March 2017 to continue growing its business and develop new games. Part of their growth plan involved chatbot apps - you can read what Rezab had to say on that subject here.

Behind a game jam: A platform perspective