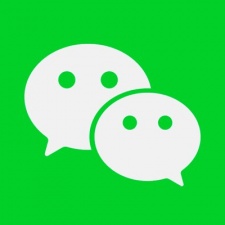 Tencent has welcomed external developers to its mini-games platform on WeChat for the first time.

As reported by the South China Morning Post, the new batch of games including those from third-party developers were released on April 4th 2018.

Studios will receive a 30 to 50 per cent share of revenue made from in-game advertisements.

The WeChat mini-games platform is said to have attracted 170 million daily active users, according to Jefferies equity analyst Karen Chan. Overall the WeChat messaging app has over one billion monthly active users.

It was previously announced that Ubisoft and Ketchapp had partnered up with Tencent to bring a number of casual titles to China through Weixin.

The news came shortly after accusations that Tencent had copied Ketchapp’s Bottle Flip title on the platform, which it had called Tiao yi tiao (Jump to jump).

It’s not clear when or if the Weixin mini-games platform will be made available in the West, and whether it is open to all developers are just a select few at this moment.

Facebook only recently opened up the Instant Games platform to all developers, following an extensive beta period which allowed for only a select few developers.