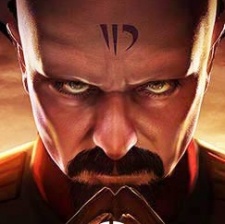 Called Red Alert Online - notably missing the Command & Conquer moniker - details are thin on the ground at the moment.

The title appears to feature strategy and base building features, as you might expect, though may not work exactly like the originals PC titles.

Command & Conquer IP owner Electronic Arts does not appear to be mentioned on the game’s official website.

The last entry in the franchise was the free-to-play browser title Tiberium Alliances, while the most recent Red Alert title was Red Alert 3, released back in 2008 with a standalone expansion following in 2009.

While the site doesn't appear to mention EA or Commander & Conquer, the trailer shows classic units like the Kirov Airship, as well as the character Yuri who appeared in Red Alert 2.

Tencent has worked with EA in the past, publishing titles such as FIFA Online and The Sims Social in China.

Mobile was monumental in earning Tencent $19 billion in games revenue