One of the country’s harshest penalties for such cases 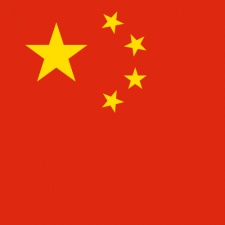 Chinese regulators have fined an unnamed Shanghai-based tech firm for ¥1.1 million – the equivalent of $163,000 – for publishing unlicensed games, as reported by South China Morning Post.

The country’s anti-pornographic and anti-illegal publications office announced the fine earlier this week, stating that the company illegally published seven games online. All revenue from the games has been confiscated by Shanghai’s Culture and Tourism Bureau.

While the firm itself remains unnamed, several of the games’ developers and publishers have been announced. Three of the games were developed and published by Yuhong Games, and one of the remaining four, Legend of Scarlet Moon: Battle of Cang Yue Island, is published by 9377 Games. Both companies have lings to online game operator Shanghai Chuangsi Enteprise Development, pointing to this as a possible identity for the fined company.

This marks one of the largest fines for unlicensed publication in history. Under Chinese regulations, offenders that have earned more than ¥10,000 face fines between five and 10 times the sales revenue.

The Chinese regulatory board has become increasingly strict over recent years. In August last year the licensing board halted all new game licenses, with licensing only resuming in April this year. Since then only 172 new licenses have been granted, with Chinese industry giants Tencent and NetEase both being denied licenses for new games.

Last month, NetEase stock fell after the release of Diablo Immortal – which was granted a license prior to the hiatus – was delayed indefinitely just three days prior to release.