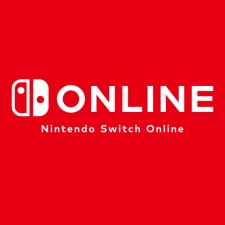 Cloud saves made through Nintendo Switch Online will be kept backed up for 180 days should a subscription be cancelled.

Fears arose that data would be permanently wiped the moment a subscription to the new online service ends, after a Nintendo UK FAQ stated that cloud saves “cannot be kept outside of the duration of your Nintendo Switch Online membership".

In reality, while cloud saves cannot be accessed without an active subscription, the data remains on Nintendo’s servers for 180 days. Should a user renew a subscription within this grace period, they’ll regain access to all of their backed up data.

Head in the clouds

"If a Nintendo Switch Online membership expires, users won't be able to access their Save Data Cloud backups," said a Nintendo spokesperson, speaking to IGN.

"However, Nintendo will allow users who resubscribe within 180 days to access their previous Save Data Cloud backups."

A tight time-limit wasn’t the only concern facing cloud saves. The decision to limit cloud saving functionality on a game-by-game basis drew ire prior to release - a decision Nintendo claims was made to curb cheating and exploits in online games.