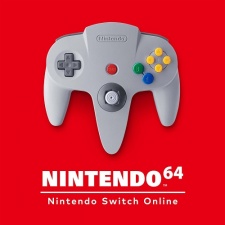 Nintendo has revealed a new tier to its Nintendo Switch Online subscription service.

Revealed during Nintendo Direct, the new membership plan will provide subscribers access to titles from the Nintendo 64 and Sega Mega Drive, in addition to the already playable NES and SNES titles.

Titled Nintendo Switch Online + Expansion Pack is scheduled to be released in late October, with the launch date and pricing to be revealed closer to this time.

The Expansion Pack tier will bring provide the same features as the standard online subscription, including cloud saves, online multiplayer and exclusive titles, such as Tetris 99. Current subscribers will be able to upgrade their existing memberships.

The company revealed that 4 player online play will be supported on select titles, such as Mario Kart 64.

Alongside the launch of the new service, Nintendo will release wireless Nintendo 64 and Sega Mega Drive controllers available exclusively to Nintendo Switch Online subscribers for $49.99 (£39.99).

In addition to the new subscription tier, Nintendo showcased multiple titles due to be released throughout this year and next, including Bayonetta 3 and Kirby and the Forgotten Land.