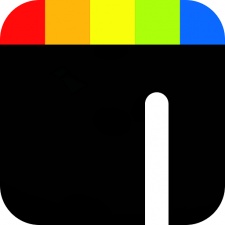 To give our readers better insight into the global mobile games industry we’ve teamed up with market data firm Sensor Tower to bring you brand new, exclusive weekly charts from key countries.

This week's charts cover the period from September 17th to 23rd.

Publisher Lion Studios was dethroned in the US free download rankings this week as TabTale's Snake Vs Colors rocketed into top spot, while Voodoo's Tornado.io took second.

Lion Studios' Happy Glass held onto first place on the Google Play chart however, while another of its titles, Big Big Baller, rose to third.

The top grossing slots were much the same, though Dragon Ball Z: Dokkan Battle slipped out of the top 10 on the App Store in favour of Big Fish Casino.

Voodoo once again claimed top spot on the App Store free download chart in Great Britain and Ireland, but this time for a different game: Tornado.io. Kwalee's Go Fish! meanwhile climbed to second ahead of previous chart-topper Paper.io in third.

In total, Voodoo had an impressive six games in the App Store top 10 and three on Google Play.

Over on the top grossing charts, Clash of Clans returned to the top 10 on Google Play as last week's third-placed title Dragon Ball Z: Dokkan Battle fell out completely.

It was all change on the Chinese App Store free download chart this week with five new titles in the top 10. These were Tencent's Broken Sky in first place, NetEase's God Night, Aligames' One PIece BW, Rusty Lake's Cube Escape and Suzhou Snail's Battle Tower Heroes.

While the top grossing rankings continued to be topped by Honor of Kings and Fantasy Westward Journey, there were a few movers.

Tencent's Broken Sky flew into the chart in sixth place. Other climbers included NetEase's Onmyoji which returned to the top 10 in third, Tencent's Saint Seiya and another NetEase title, Chu Liuxiang.

Interestingly, Tencent's QQ Speed fell out the top 10 for the week, having claimed fifth spot the week prior.