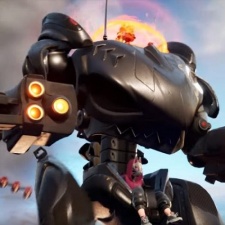 The US free downloads chart saw little movement on Google Play, as Lion Studios’ Mr Bullet aimed straight for another week at the top of the charts.

Epic’s introduction of mechs in Fortnite has seen the battle royale phenomenon return to the peak of the top grossing chart on the App Store. Supercell's Clash of Clans was held off in second place, but managed to secure first on Google Play.

Mr Bullet held strong for another week in the free downloads chart in Great Britain and Ireland on Android, while Good Job Games repeated its US success on iOS.

FunsTime Beach Clean climbed to second on Google Play in its debut week, alongside Neon Play’s Idle Tap Strongman that grabbed fourth on the App Store.

Coin Master continued to make it rain by holding off all other competition in the top grossing rankings across both stores. WB Games’ Game of Thrones: Conquest and Fusebox Games’ Love Island The Game both saw a bit of a comeback, returning to the iOS charts at ninth and 10th respectively.

In China, Kunpo’s My Little Home made it two weeks in a row at the top of the download chart, while Hero Games’ Hero of War broke its way into the top 10 to claim sixth.

Tencent once again secured all top four positions in the top grossing chart, with Crazy Racing KartRider being the biggest change, moving up to second from fourth.

Condor Heroes 2 from Perfect World managed to lock down eighth spot for a strong first-week outing.