Rankings from August 19th to 25th 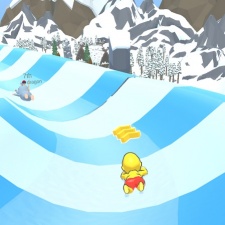 This week's charts cover the period from August 19th to 25th.

There were numerous fresh entries to the top 10 free download charts this week, all from different developers on the App Store.

As the hyper-casual space gets more competitive, Say Games and Good Job Games look to be the fast-risers in the US, with category heavyweight Voodoo getting just one game in the top 10 on either store with Aquapark.io - and that's not for the first time

Similar to the US, Voodoo's influence on the top charts is waning as its only top 10 entry Aquapark.io picked up 10th on the App Store and seventh on Google Play.

There was barely any movement in the top 10 grossing charts for the week, with the top seven remaining static on Google Play. It was also the same top nine on the App Store.

It was a good week for Rovio in China as Angry Birds 2 maintained a top 10 position in the free App Store download chart and rose to fifth.

Game for Peace (China's PUBG) retook the top grossing spot for the week, with Honor of Kings dropping to second. NetEase's Onmyoji and Westward Journey were up for the week into sixth and 10th, as Tencent's Crazy Racing KartRide and Dragon Raja fell to eighth and ninth.