Rankings from July 22nd to 28th 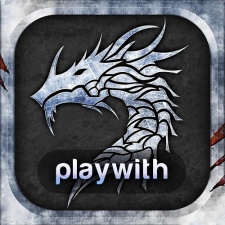 This week's charts cover the period from July 22nd to 28th

In the US free downloads chart, Kwalee’s Shootout 3D took top spot on iOS from Say Games’ Jelly Shift, while Lion Studios' Mr Bullet from held onto first for Android.

After Bethesda re-released Doom on mobile, the demon-slaying classic charged to fourth spot for on the premium chart across Google Play. Marmalade’s Clue also made its debut on the App Store at eighth position.

There was little to no movement for the US top grossers, with Minecraft returning to the top 10 for iOS being the only real notable inclusion.

Kwalee’s Shootout 3D and Lion Studio’s Mr Bullet replicated their success in the US, with both placing first across iOS and Android.

Real Flight Simulator from Rortos stormed the paid downloads charts, winging it to fifth and third on iOS and Android respectively.

The top grossers were all steady for the week, but Epic’s Fortnite pushing toward the top once more - moving from ninth to fifth.

After making its entrance at second spot on the free downloads chart, Kunpo’s My Little Home did one better and claimed first for the week, while Tencent’s Dragon Raja fell to fourth.

Giant Network’s Fighting Stickman battled it out to claim third and Perfect World’s Condor Heroes 2 grabbed seventh for a decent debut week for both.

Tencent now holds the top four top grossing spots in China, with Dragon Raja surging to second, with Game for Peace moving to third. Honor of Kings keeps its throne as it remained unchallenged at first.