Charts from April 8th to 14th 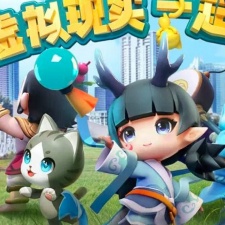 This week's charts cover the period from April 8th to 14th.

A big shakeup for free downloads in the US as SayGames’ Clean Road debuted at top spot on the App Store, while Playgendary’s Kick the Buddy: Forever claimed first for Google Play.

Playgendary’s Pinatamasters also made it to third on iOS and fourth on Android for free downloads, while Clean Road slid into ninth on Google Play.

SayGames managed to replicate its US success in the UK, with Clean Road claiming first position on the App Store. However, Kick the Buddy: Forever could not do the same as it was held off in second on Google Play by Voodoo’s Roller Splat.

A good week all around for Playgendary as Pintamasters broke into both charts for free installs. Badsnowball’s Dod n Beat found similar success placing at sixth for iOS and 10th for Android.

With no signs of slowing down, Moon Active’s Coin Master continues its dominance across both App Stores for top grossing titles. Zynga’s Merge Dragons was the only new entry, squeezing in at 10th for Android.

Tencent has done it again, with Let’s Hunt Monsters storming the charts to rank top for free downloads. The company now possess three of the top four games for free installs.

In the paid downloads chart, HDT Games reached second spot, only been being surpassed by Huang Manting’s Crazy Cinema.