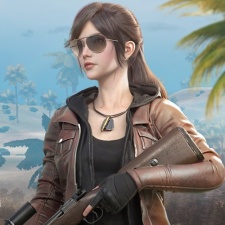 This week's charts cover the period from May 6th to 12th.

Paid charts across both platforms were surprisingly stagnant this week with only minor changes. Funforge’s adventure board game Tokaido was the only new entry, taking sixth place on Google Play.

The free charts saw far more action, with across-the-board shuffling that leaves Stack Ball 3D and Run Race 3D at the top of the iOS and Android top 10 respectively.

Fortnite returns to the top grossing throne on iOS, dislodging Clash of Clans. Candy Crush likewise takes the top spot on Google Play, with a burst of rising titles pushing Supercell’s strategy right down to eighth.

There was one brand new entry - Zynga and Gram Games' Merge Dragons, which took ninth spot.

Run Race 3D ran away with it in the Great Britain and Ireland free charts, taking pole position across both platforms.

Paid charts were just as quiet here as they were across the pond, with Minecraft remaining on top and only minor changes below it.

Coin Master remains the top grossing game in the region once again this week. Merge Dragons meanwhile rose to eighth, just one spot shy of its US performance.

It's not enough to dislodge Honor of Kings, which remains top grosser. The number one positions across all categories remain unchallenged, though plenty of paid games like Tribal Warfare and Ancient Martial Heroes climbed up the top 10 this week.

The only other notable new entry in this week's China charts aside from Game for Peace is Shrimp Tycoon, which caught eighth place in the free download chart.