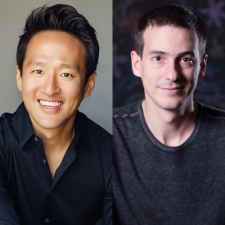 Founded in 2012 in Istanbul, Turkey, Gram Games started out life as a casual / hyper-casual games developer.

Its philosophy was that of coming up with ideas fast and releasing quickly. From there, games would be either be developed further or canned, with the team quickly moving onto the next project.

The studio has worked on hit, ad-driven games like 1010!, Merged! and Six!, amongst numerous other titles.

But back in 2016 Gram Games decided to look into in-app purchase-driven games. To that end, it opened a London studio. The developer would eventually release a new title based on the familiar merge mechanic, Merge Dragons, in June 2017.

Since then, the company hasn’t looked back. The title has been a huge hit for the studio, leading it to park much of its hyper-casual work and focus on long-term titles.

Gram Games co-founder Kaan Karamanci (pictured main, right) tells PocketGamer.biz that it initially set out to build hyper-casual titles because the team enjoyed building them and they were an “effective method to bootstrap Gram Games into existence”. It’s done the job, with the studio racking up 230 million downloads across its portfolio.

“As product-focused games developers, we continue to build our ideas, independent of genre, with the central goal of putting them into the hands of millions of players,” explains Karamanci.

“Rather than driving production through high-level strategies, such as high-volume publishing of third-party products, our guiding principles are to build our ideas into products and follow the data in the market.

“We find that there is more reward in working on individual products, improving the experience and enjoyment of players, leading to high scalability and long-term value. Because we are basing decisions on data, our current products tend to focus on what works, which is currently IAP, free-to-play.”

The studio’s games-making culture, shift to IAP and the huge success of Merge Dragons led Zynga to snap up the firm for $250 million in May 2018.

Zynga’s latest financials also showed that as Merge Dragons has outperformed expectations, it’s set to pay an even bigger fee for the deal. The game had a stellar performance that saw Merge Dragons represent 18 per cent of Zynga’s online bookings revenue in Q1. Bookings for the title alone grew 64 per cent in the quarter, having grown by that same figure in Q4 2018.

For Zynga president of publishing Bernard Kim (pictured main, left), he’s been a fan for Gram Games for some time.

He recalls attending a $2,000 a ticket Coachella music festival, which starred the likes of The Rolling Stones, Neil Young, Paul McCartney. Not that he might remember all the acts though - he was too busy having the best game of his life on 1010!.

“My wife and my friends were mortified, they were just like, we don't know him,” he says.

“The love of their games is what got us really excited about the team. We were able to meet them early and cultivate a relationship, and we had been talking about getting to know them better.”

Eventually Zynga felt the time was right to make an acquisition. It had initially been attracted to Gram for its small, hyper-casual games, which it felt would work well with its own ad monetisation team. But Kim says it really saw the “magic” when the studio got to work on Merge Dragons and made the pivot to IAPs.

Despite now becoming part of the mobile publishing giant however, Kim says that like its other acquisitions, it doesn’t want to come in and change Gram’s culture.

“And that's something that we wanted. They've actually remained relatively autonomous and independent from Zynga, but if there are areas they think that Zynga can help them, they've reached out and asked us and we were happy to help.”

“Zynga has been a thoughtful, supportive partner throughout this time of growth,” says Karamanci.

“They enabled us to thrive and execute with the agility, independence and precision that Gram Games is known for, while providing us with the resources and contributions to scale our product effectively.

“A good example of this was our joint effort to quickly integrate Zynga’s user segmentation platform. Implemented in less than a couple of weeks, this service allowed us to identify differing play styles in our player community and better address these styles with further updates and features.”

Cultivating a studio culture that supports openness and feedback is one of the backbones for how Gram Games operates.

They enabled us to thrive and execute with the agility, independence and precision that Gram Games is known for.

To that end, it hired its very own culture developer in Erin O’Brien back in 2015. As she previously explained to us back in 2017, she worked to cultivate a culture that promotes constant communication between team members, a familial environment and a place to make and learn from mistakes.

Karamanci doesn’t expect its culture to be influenced too much by Zynga and notes that its owner is a very different company to what it was in the past.

“As the home of super-agile, studious and independent studios such as Gram Games and Small Giant Games, Zynga is incorporating some of the values and learnings of such companies into its own culture,” he explains.

“Together, we are a much more effective combination of our strengths. We are open to learning from each other’s experience, compare notes and methods, with guidance from objective data. We collaborate on what makes sense to tackle jointly while enabling everyone to work freely on their own areas of expertise.

"Our choice to partner with Zynga was based on the complementary nature of our culture and vision. As our emerging results elucidate, I think we are now stronger for it.”

Now that Gram Games has joined Zynga’s growing family of studios, the pressure will be on to continue Merge Dragons’ success while finding that next hit that can become another ‘Forever Franchise’ that the publisher craves.

Karamanci is bullish on Gram’s future and highlights its expertise in building data-driven products that can scale effectively as a central part of “who we are as Gram Games”.

“Our culture is based on agility in decision-making, and building out our ideas as a team,” he says.

“Today, as discussed above, this naturally leads us to fast feature and content development on more long-term, mature IAP products, rather than small releases on fast prototypes – although we still continue to develop fast prototypes as well, when we find the time, because we enjoy it.”