Soft-launched in the Philippines 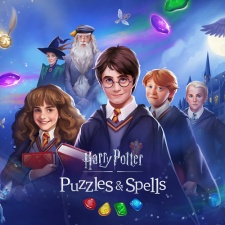 Zynga has partnered with Warner Bros. and Portkey Games for a new mobile game based on the Harry Potter license.

Harry Potter: Puzzles & Spells is the first match-three puzzler based in the Harry Potter universe that will feature iconic characters and moments from the series, played out via a narrative structure surrounding the main gameplay.

This marks the third license utilised since Zynga began its "strategic relationship" with Warner Bros. following its use of the Willy Wonka and The Wizard of Oz IP.

As of March 5th the title has been soft-launched in the Philippines, with plans in place to roll the game out to other countries at a later date.

No official release date has been given for Harry Potter: Puzzles & Spells at this time, however the game will launch on iOS, Android, Amazon Kindle and Facebook.

"Our goal with launching any title is to launch the next 'forever franchise'," Zynga president Bernard Kim told PocketGamer.biz.

"Specifically with this game our goal is an experience where players will play every day and they can imagine playing for years," Kim added.

"So, it's a pretty simple way of thinking about a mobile games franchise and if players feel that way when playing this experience, I think we will view it as a success."

It will be interesting to see if Zynga can take full advantage of the Harry Potter name, as not all developers have found success in the mobile space with the brand.

So much so, that Jam City's Harry Potter: Hogwarts Mystery has been outpacing Wizards Unite for revenue - even though the game is over a year older. The game has generated $160 million revenue mark in just under two years.