Pre-registrations have opened in the Americas, Europe, and Oceania 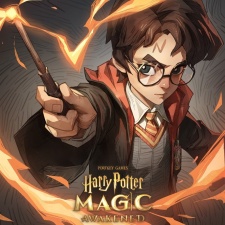 NetEase and Warner Bros have revealed that Harry Potter: Magic Awakened will launch worldwide on iOS and Android in 2022.

Published by Portkey Games, Magic Awakened first launched in China on September 9 2021 and was later rolled out in other Asian countries in the following months.

Despite its limited availability at release, Magic Awakened generated over $228 million in less than two months since its launch. Additionally, the title had the best launch month for a mobile Harry Potter game ever and was the highest-grossing game in China during its launch week.

Furthermore, Magic Awakened was the first non-Tencent app to hold the top position for both revenue and downloads for a concurrent seven days since 2016.

"Harry Potter: Magic Awakened has been a huge success with our current players and the fan reception has been extraordinary,” said NetEase founder and CEO William Ding.

From today (February 10), players in the Americas, Europe, and Oceania can pre-register for the game on Google Play or the game’s official website for rewards at launch. Pre-registrations and closed beta tests will open for players in other Asian countries later this year.