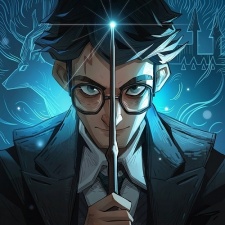 Following its launch in September, Harry Potter: Magic Awakened has become the most successful game of 2021 in mainland China, reports Niko Partners.

The RPG with card-based combat was developed by NetEase, supported by Warners Bros' Portkey Games and is available on iOS, Android and PC.

Naturally, it takes place in the Harry Potter universe, a popular IP in China since the first novel was published there 21 years ago.

Following the game’s announcement in October 2019, Harry Potter has come back into the spotlight in China with a strong pre-release campaign.

With more information having come over the past year, from the ability to play as a student in Hogwarts to the game’s unique European picture book style, interest has increased considerably; there were 15 million pre-registrations.

The power of pre-release

The pre-release campaign enabled players to download and access certain areas of the game prior to its official launch. One early aspect was the hat sorting ceremony, which then led to popular discussion as to where players had been sorted to. There is also an in-game social network with discussion groups and walkthroughs.

The game is set several years after the second wizarding war, with aims of building a unique PvE and PvP experience. Battles are real-time and utilise spells, with cards to summon legacy characters and animals. There’s even a rhythm dance mode.

In both iOS game downloads and revenue charts, Harry Potter: Magic Awakened debuted at number one, holding these positions for seven subsequent days.

This is the first non-Tencent published game to reach this milestone in China since Onmyoji (another NetEase game) in 2016.

The aggressive in-game monetisation has been met with some complaints, however. Players have to spend a lot of money to obtain higher-level cards, and a one-time purchase in-game item later converts into a subscription.

Some players have expressed issues with immersion, such as with students being able to use spells that are expressly impermissible in the canon. NetEase has tried to address some of these concerns, like limiting the number of uses of said spells.

The company has plans to expand the game with new locations and additional gameplay elements. Along with Warner Bros, NetEase has confirmed the game will come to international markets at a later date.