New recruit Alex Willink reveals all about the company's plans 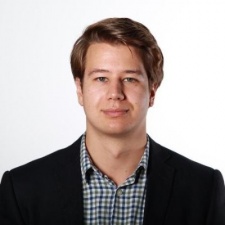 A former fashion photographer and one-time student of Meditation and Business Management at university, Alex Willink has walked a varied path through life.

While working at an ad sales company in 2013, his introduction to the mobile app business came when he developed his own over the period of two months, using only an iPad on his daily commute.

This contributed in landing his “dream job” with Apple, working on Publisher Relations for Apple's app ad network, iAd.

But in 2016, after three years at Apple, the firm took the decision to shut down the iAd app network. And though Willink was offered the opportunity to stay at Apple he decided that this would present a natural end point to his time there.

Willink has since joined 1010! and Merged! developer Gram Games as its Head of Strategic Partnerships, and one of the first team members based out of the new London studio.

As such, PocketGamer.biz caught up with him at Gamescom to see how he's settling in.

“I'd been working with Gram Games for the past two years while at Apple, and helped them to put ads for the first time into 1010!, which was their runaway success,” recalls Willink.

“That was where the transition happened.”

It feels more like a family than a company.

Such a transition - from an enormous, corporate company like Apple to one the size of Gram Games - is a culture clash to say the least. But for Willink, this is an incredibly positive thing.

“What Mehmet [Ecevit, CEO] has done with Gram Games is created an amazing culture that is very vibrant,” he enthuses.

“It's exciting, I think is the right word. It's obviously the complete opposite to Apple; Apple was a very corporate company and that comes with a lot of benefits, but Gram Games is a smaller team with great fire.

“It feels more like a family than a company. It feels like I'm going home when I go to the office.”

But in terms of being fully established, Gram Games' London studio has a long way to go.

“I am there with one other colleague at the moment, so it's still very small,” reveals Willink.

However, Gram Games has major, long-term plans to expand the team in London to a full production unit.

“The aim is to grow it out to at least 15-20 strong, so we're going to be moving our headquarters over to London - both financially and in terms of our existing IP,” he explains.

Will the London studio be taking responsibility for the bulk of the company's game development, then?

“It's hard to say whether it will take all the development, because the Turkish office will obviously have people in it, but there is going to be development in London,” Willink tells us.

“Whether that's by project basis or there's some more dynamic project separation, we're not sure yet.”

But what does Willink's Head of Strategic Partnerships role actually entail?

“My particular remit is around partnerships with other companies, so currently I'm very involved with the monetisation side of things just because of my previous experience,” he explains.

There's no reason we couldn't look at publishing partnerships, if that's on the table.

Intrigued by the exact nature of these deals with other developers, PocketGamer.biz probes further. Will this include co-developments, for instance?

“Those are the kinds of things that I'll be getting involved with,” Willink confirms. “Publishing partnerships potentially as well, if that's also on the table. There's no reason we couldn't look at that.”

Indeed, Gram Games is fully equipped to do so. It has its own analytics platform that it uses for all its games in-house and Willink's time at Apple gives him a useful perspective on the wider industry.

“My understanding from being at Apple and getting a feel for how the App Store is doing and where it's going - just my basic instinct from seeing it evolve over the past three years - that's something I can take to Gram Games,” he considers.

“Seeing the trends that evolve, such as the Ketchapp stuff like 2048… Crossy Road as well, obviously, has brought about a whole new wave of titles.”

Thus far, Gram Games is most associated with casual puzzle gameplay experiences. But can it prove that there are more strings to its bow?

“There's a little bit of diversification,” says Willink. “We're working on two midcore titles, and we have a team working on casual titles as well.”

“We have a puzzle game launching very soon, and then a longer cycle of these midcore titles that require a bit more investment and A/B testing and things like that.”

Despite this, however, the essence of a puzzle game is something the firm is keen to retain - even as it moves into different genres.

“Puzzle, as a theme, is still very much at the heart of what we do,” states Willink. “For the time being, in one form or another, that feel will continue through all our titles.”

“It's something that I feel can capture an audience very well, and also sustain interest.”

This has certainly proven to be the case with 1010! and Merged!. The tough task now facing Gram Games is to follow them up.