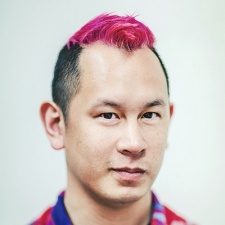 Gone are the days of violence and gore in games going against the current of societal norms. These days, the most punk thing you can do to shake up conventions is to be empathetic.

That lesson was delivered to the industry from Mountains’ creative director Ken Wong at Games Connect Asia Pacific, which was part of the Melbourne International Games Week.

Kicking off his section of the show's closing keynote, Wong discussed a moment from Fullbright’s art director Leighton Gray opening keynote when she referenced David Foster Wallace’s E Unibus Pluram essay from 1993, which calls for anti-rebels, or new rebels.

Wong then went on to underline what revolutionary activity in the industry had previously meant, such as battling the perception of broader society that games were overtly violent and not a valid career choice.

“Video games kind of felt like counterculture in the 80s and 90s. Society and our parents told us that video games were bad for us. But we played them anyway,” said Wong.

“We fought for the right for Doom and Mortal Kombat to be violent and ridiculous as any other art form.

“When we were told that video games would never amount to anything we chose to study to make games, offer our services as freelancers and make games our careers.

“Despite social norms and negative stereotypes, we cosplayed, we streamed and we integrated gaming into our identity.

“Being active in video games sometimes feels like a series of small and large acts of defiance."

Following on he went into detail on the new kind of revolutionary activity that the industry needs, namely one that focuses on empathy and understanding.

“I think the rebellion that video games need now is one of caring. In 2018 one of the most punk, transgressive, brave and bad-ass thing you can do is to care about each other.

“For us to care and to take better care of our co-workers, of our employees, of our audiences and ourselves.

“This morning during the lightning talks, Tony Albrecht asked us to ask ourselves if what we’re doing is useful.

"The real rebels would make games that help us understand each other and make the world a better place.

“The next rebels will make games that educate, explore and solve the world’s problems.

"We got good during the past few decades at making straight games and addictive games. What the rebellion needs now is queer games, political games and poetic games.”

We caught up with Ken Wong at PAX Australia, a full interview will be on the site soon.

We'll have a host of speakers of our own discussing the future of games and design at Pocket Gamer Connects London 2019 on January 21st to 22nd. The first wave has already been revealed. Head over to the PGC site for more details on what to expect.