The MMORPG will launch globally in 2019 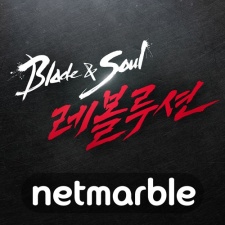 The game's quick start to life was no doubt aided by its pre-registration campaign. According to Netmarble, the developer had to expand the title’s servers up to four times as ‘millions’ of players signed up.

Netmarble currently has plans to release the MMORPG globally in 2019, although no date was specified.

However, while the game is available in over 60 countries, it has seen the most success In South Korea, with locally-based players making up 57 per cent of that $1.3 billion haul.

Speaking to PocketGamer.Biz previously, Netmarble US president Simon Sim explained that the company’s strategy revolved around matching appropriate IPs to the audience in various regions.

“We launch games with global IPs. So for example, in Japan we recently launched a new title which they were familiar with,” Sim said.

“In the Western market, as I mentioned before, it’s more Western IP with an appealing charm and visual.

“Those are the games we believe will do well. For example, Phantom Gate is more like a typical Western game that would appeal to players, visually and mechanics-wise.”